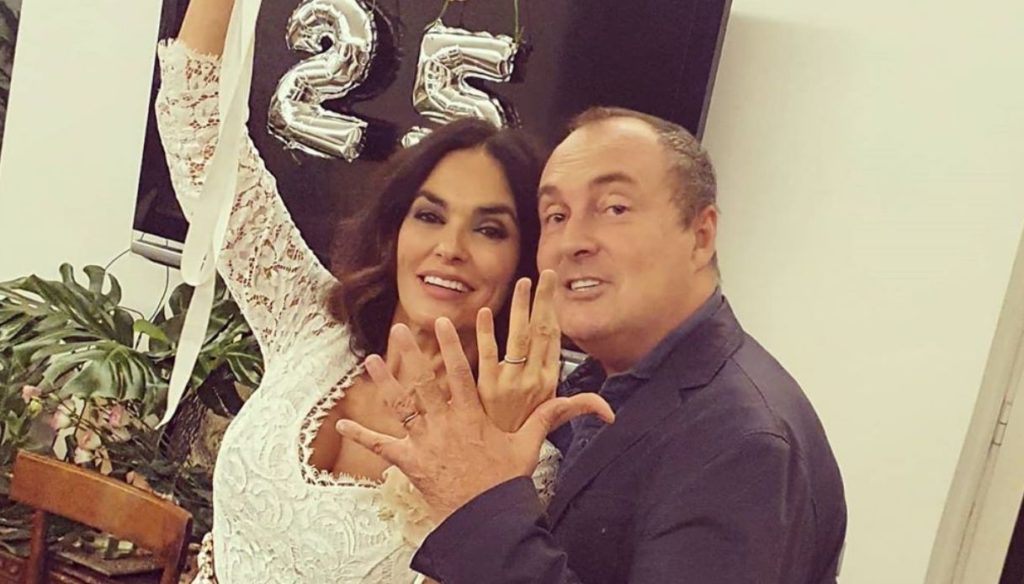 Maria Grazia Cucinotta and Giulio Violati celebrated 25 years of marriage, they got married in 1995 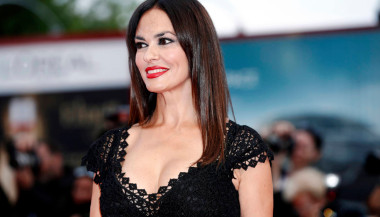 A solid and lasting love: it is the one between Maria Grazia Cucinotta and Giulio Violati, who celebrated 25 years of marriage. Silver wedding that was also celebrated on Instagram, where the actress shared the images of the event.

In a shot on her social profile, Cucinotta wanted to share the special day with all her fans. She, beautiful and radiant, in a white lace dress, with a jeweled belt to mark her waist; him in a dark suit. In her hands Maria Grazia holds a large bouquet of pink roses while together with her husband she happily shows her wedding rings to the camera lens. But it is the smiles and the looks of happiness that strike the most.

The actress and producer got married to her husband Giulio Violati in 1995, but the two met at the end of the 1980s, during a New Year's party organized by Massimo Santoro, son-in-law of Rita Dalla Chiesa. And since then they have never left each other, coming to celebrate this important milestone of love. Sentiment that Cucinotta recently spoke about in a series of interviews, such as the one she gave to Caterina Balivo when she talked about the quarantine period, stating: “We are in love more than before”.

And their love, from which their daughter Giulia was born in 2001, is as solid as the actress herself explained on social media.

The first shot published, to celebrate the silver wedding, shows them embraced on the sofa while holding hands, a very beautiful photo accompanied by an equally significant caption: "5 years since our yes … you amissimoooo". Then the shot of the celebrations with her bright and happy in a dreamy white dress, which wraps her perfect body.

In this case, the actress indulged in a longer comment in which she told how important it is to choose each other every day: "Our 25 years of marriage. We have re-chosen each other to continue our life together, true love lasts forever, it is not easy, but the important thing is to never give up in the face of difficulties, together we overcome everything. We were unable to celebrate with friends, respecting the period, but we want to thank everyone for their good wishes and true affection ".

And on the social networks the many comments of affection and good wishes for the couple have poured out. 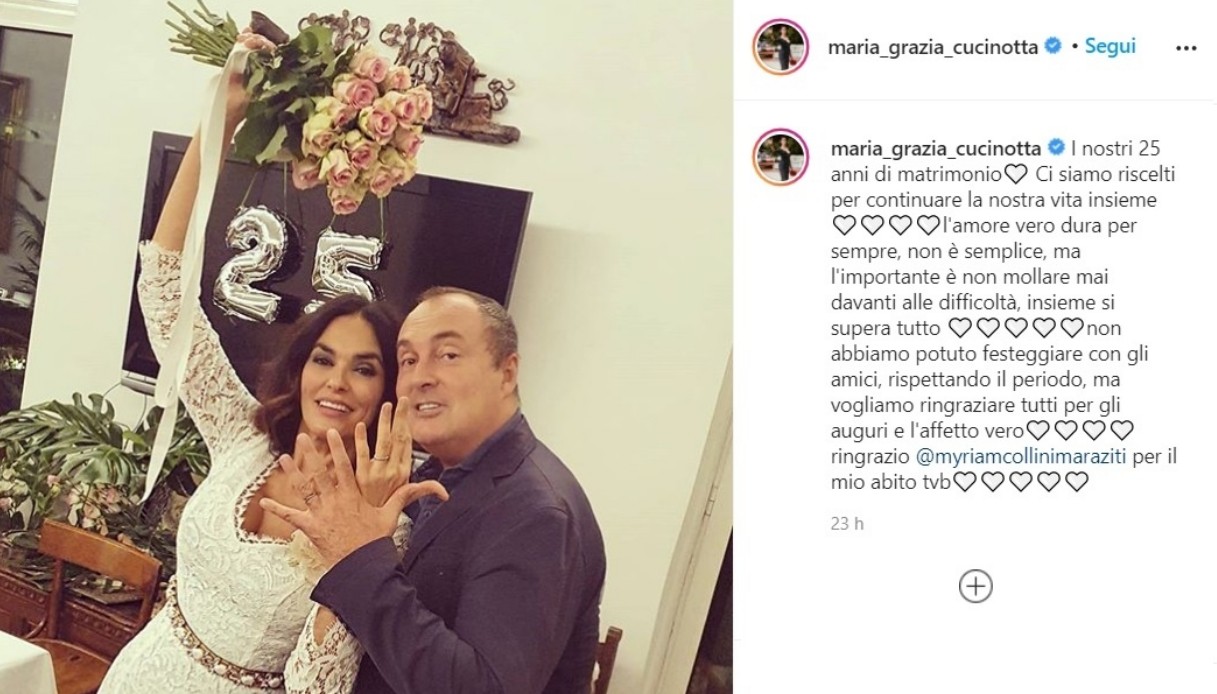