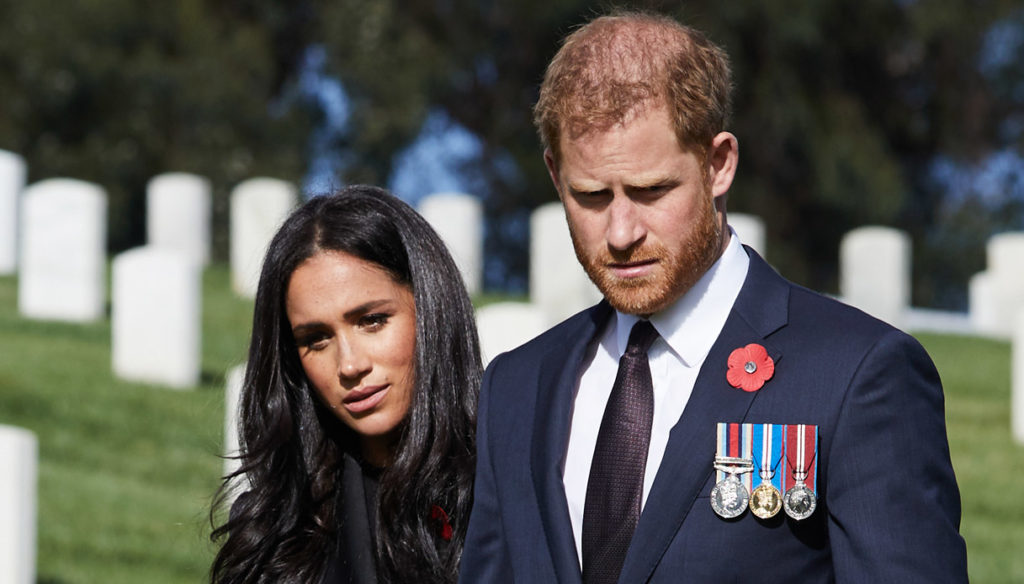 Meghan Markle and Harry "play" at being the Dukes of Sussex according to their rules. So, they snub the traditional Remembrance Day ceremony with Kate Middleton and Queen Elizabeth, to make their own. Or rather, Buckingham Palace this time snubbed the Sussex who decided to go to the National Cemetery in Los Angeles to lay their wreath in memory of the Commonwealth soldiers who died in the war.

Harry and Meghan go big and call photographer Lee Morgan, who specializes in celebrity portraits and fashion shoots, who works for Vogue and is one of Kanye West's favorites, to document their American ceremony. In short, the Sussexes leave nothing to chance and Lady Markle focuses everything on the look.

After months in which she appeared with informal, modest and sometimes neglected outfits, Meghan wears the Duchess dresses again and in open challenge with Kate Middleton sports a long black coat, from the American brand Brandon Maxwell, a favorite of Michelle Obama.

In fact, for the commemoration of the war dead, the Duchess of Cambridge wears strictly black coats as a sign of mourning, always different every year but which all have the characteristic of evoking military uniforms. Meghan does not want to be outdone – evidently the rivalry between the two sisters-in-law is still very strong despite their destinies being separated by months and thousands of kilometers. Meghan combines the long coat, with wide brims and a high belt that tightens the waist, with a pair of shoes with straps, signed by the London designer Jennifer Chamandi. Cost? 600 euros approximately.

Lady Markle holds a black clutch in her hands while Cartier's watch, Tank Française (around 5,880 euros), which she gave herself during the shooting of Suits, and the Love bracelet by Cartier (5,500 euros) appear on her wrist.

Both Meghan and Harry wear the red poppy-shaped brooch, like all members of the Royal Family, a symbol chosen by the Royal British Legion to commemorate the English soldiers who fell during the two world wars and in all wars in general.

If Lady Markle has donned the role of the Duchess again, Harry is no different. In a blue suit and white shirt, he pinned the medals obtained during his 10 years of military service to his jacket. As is well known, the Prince suffered greatly from being forced to give up his military titles after resigning as a senior member of the Crown.

The Sussexes walked hand in hand among the graves of fallen soldiers and placed a wreath with the dedication: "In memory of the men who offered their lives in defense of their country". The ceremony organized by Harry and Meghan took place after the Prince was denied the opportunity to lay a wreath at the Cenotaph in his name. A sign that the break with the Royal Family is incurable.

According to Time reports, Harry personally asked permission to Buckingham Palace, but got only a refusal that "deeply saddened". It also emerged that Harry's crown, made by the Royal British Legion's £ 1000 headquarters in Kent, lay forgotten there during the royal ceremony.

A spokesperson for the couple said: "For the Duke and Duchess it was important to be able to personally recognize Remembrance Day in their own way, to pay homage to those who served and those who gave their lives." 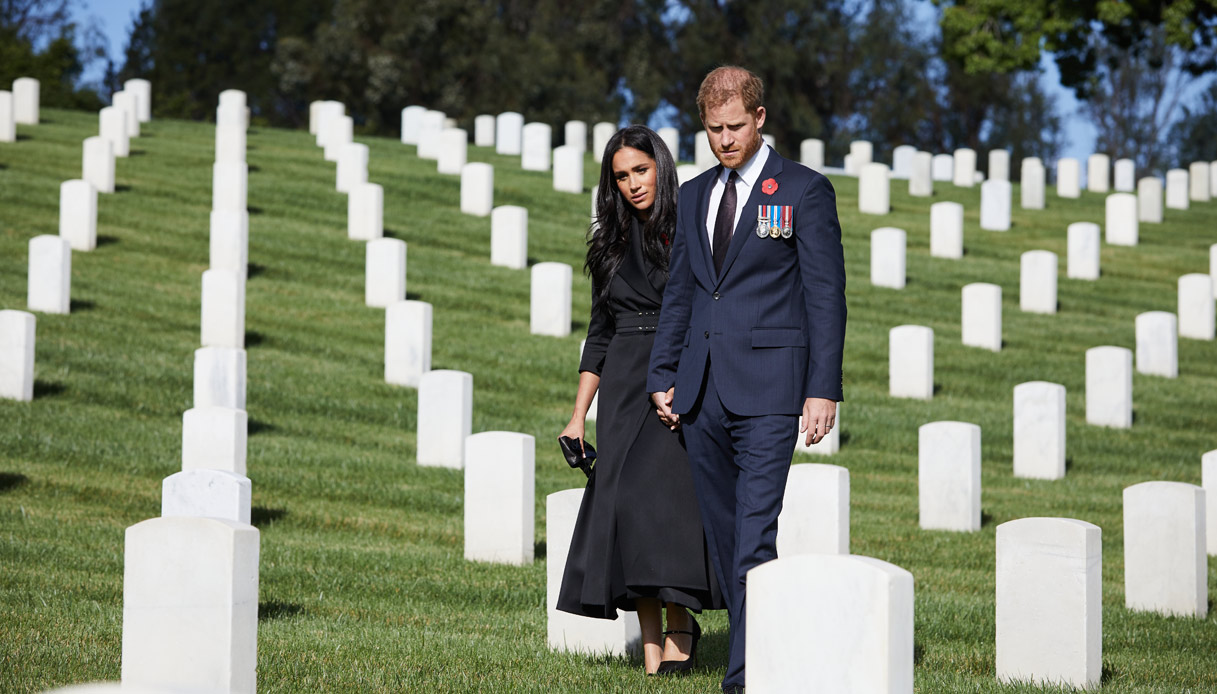