Meghan Markle, Harry returns to London without her. "Called back by the Queen" 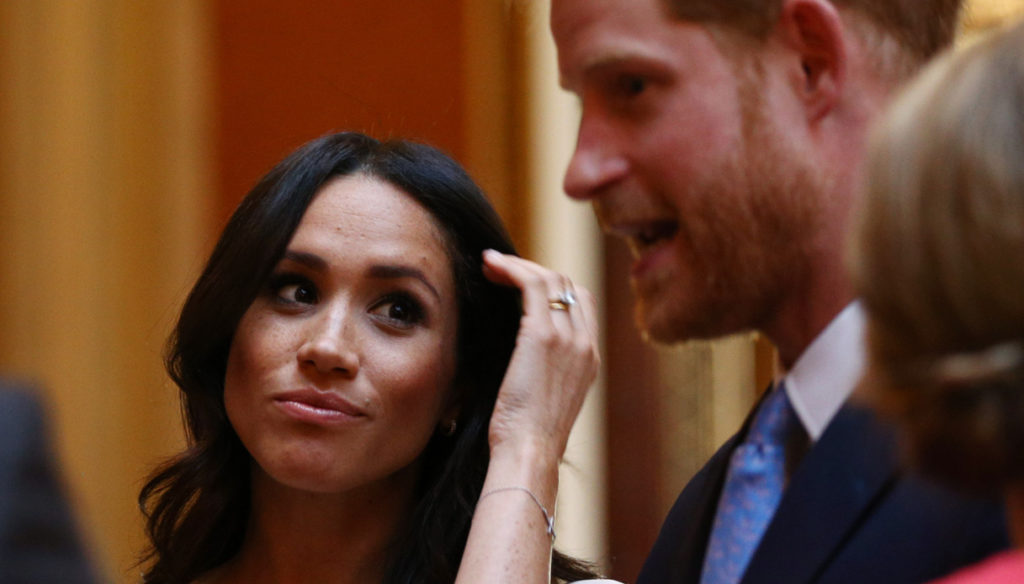 Preparations are underway at Frogmore Cottage, according to the "Sun", Harry is about to return to London without Meghan Markle

"He crossed the line": Queen Elizabeth would comment on the recent video of Harry and Meghan Markle, calling her nephew to order. According to the latest rumors released by The Sun, Lady Diana's second son is about to return to England for an emergency meeting with the entire Royal Family. To ask for an immediate meeting would have been The Queen who would have asked to speak with Harry about his latest statements regarding the presidential elections.

According to the tabloid, preparations have begun to welcome Meghan Markle and Harry at Frogmore Cottage. The staff of the Sussex British residence would have been alerted, after months of inactivity, in view of the couple's arrival. The tabloid also reports a rather heated phone call between grandmother and granddaughter. The confrontation would have taken place a few weeks after the message, which appeared on TV, of the Sussex, nominated among the 100 most influential people of 2020 by Time. For the occasion, Harry and Meghan took a clear political stance. "This is the most important election of our life. Vote and reject hate speech and disinformation, ”they said.

A behavior that, as Palace sources reveal, would have prompted the Sovereign to ask for an urgent confrontation with Harry. “He has crossed the line – revealed a source – the queen is ready to reproach him for his conduct. Frogmore Cottage and Windsor staff have been told to prepare for the possibility of Harry returning. It could be within a few weeks, but Meghan's name hasn't been mentioned. ”

Harry has been missing from home for months now. After the Megxit he flew first to Canada then to California with Meghan Markle and Harry. Lately, many had tried to persuade him to return home, in particular Kate Middleton and William, overwhelmed with commitments. It is not yet clear when Harry will reach Frogmore Cottage, but the meeting should take place shortly and, most likely, Meghan will not be there. “The estate is large enough for socially distant talks – clarified an insider -. There are many issues to talk about not only his political statements, but also his visa situation in the United States and the point on the Megxit ”.

Giovanna Pirri
6035 posts
Previous Post
Chi Rouba Saadeh, Michele Morrone's ex-wife and mother of his children
Next Post
Tu Sì Que Vales: the incredible story of Martina Panini that thrilled Sabrina Ferilli and Maria De Filippi
You must be logged in to post a comment.
Menu