Mia Farrow, her 76 years of unforgettable films and private life 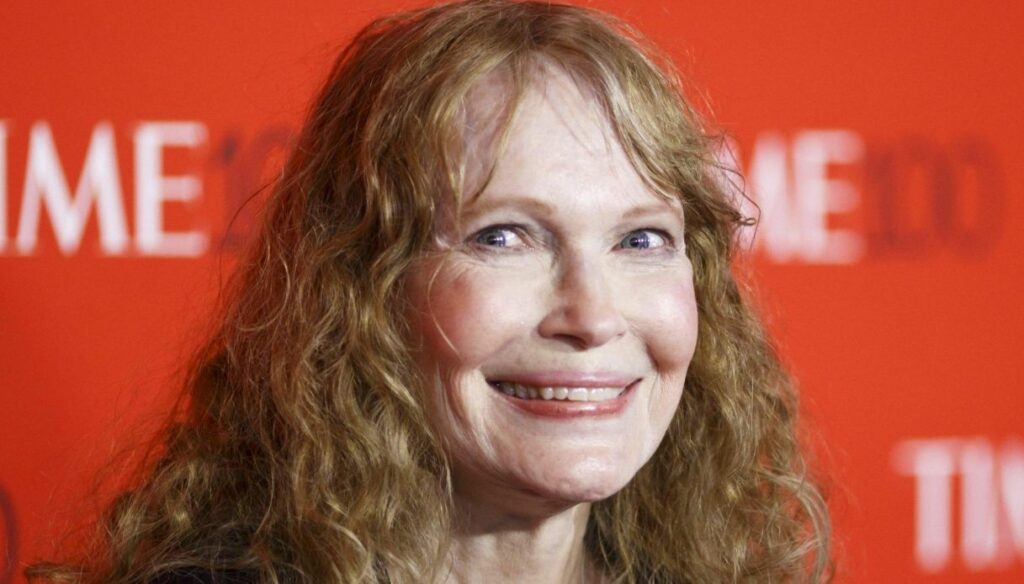 The actress was born on February 9, 1945, in her long career she took part in cult films in the history of cinema

Cinema was a passion and a profession of his family: in fact, the father was the Australian director John Farrow and the mother was the Irish actress Maureen O ’Sullivan.

Her debut as an actress took place at a very young age: in 1947 she took part in a short film with her mother, in the sixties then she worked in supporting roles, but fame came thanks to the television series Peyton Place, based on the novel of the same name. , in which he starred opposite Ryan O'Neal. At a very young age, she was only 19, she won the Golden Globe for Best Debut Actress for her role in John Guillermin's 1964 film Cannons a Batasi.

The first role as a protagonist was in a cult film in the history of cinema and in particular in the horror genre: Mia Farrow in 1968 brought Rosemary Woodhouse to the big screen, in the film Rosemary's Baby directed by Roman Polanski based on the novel by Ira Levin. Other notable films include Peter Yates' 1969 John and Mary with Dustin Hoffman, Richard Fleischer's 1971 Blind Terror, Claude Chabrol's 1972 Wolf Trap and The Great Gatsby: The 1974 film version in which he stars with Robert Redford.

Over fifty films, including some directed with ex-partner Woody Allen as Hannah and her sisters and Husbands and Wives. Other films include Three Widows and a Crime in 1994 directed by John Irvin, the films shot with Luc Besson as director and Dark Horse in 2011 directed by Todd Solondz.

Socially committed, she is a UNICEF ambassador, Mia Farrow has been married twice in her life. The first with Frank Sinatra, from 1966 to 1968, then from 1970 to 1979 with André Previn. She had twins Matthew and Sascha with him in 1970 and Fletcher in 1974. Together with her second husband she also adopted Lark, Summer and Soon – Yi.

Then Mia Farrow had a long relationship, which lasted from 1980 to 1992, with Woody Allen. He had Ronan Farrow with the actor and director. Mia Farrow also adopted Moses and Dylan. The actress subsequently adopted six other children (between 1992 and 1995) Tam, Quincy, Frankie-Minh, Isaiah Justus, Thaddeus Wilk and Gabriel Wilk. Three of his children have passed away: Tam, Thaddeus and Lark.

The relationship with Woody Allen ended in a stormy way and with numerous accusations, the actor had in fact been accused of alleged harassment of Dylan Farrow. The case will also be discussed in a four-part docu-series by HBO entitled Allen v. Farrow.

Barbara Catucci
7243 posts
Previous Post
Today is another day, Cristina Parodi and the first meeting with Giorgio Gori
Next Post
Cristina Chiabotto pregnant: the name of the daughter and when she will give birth