Michelle Hunziker, the joke on Instagram to her friend is a hoot 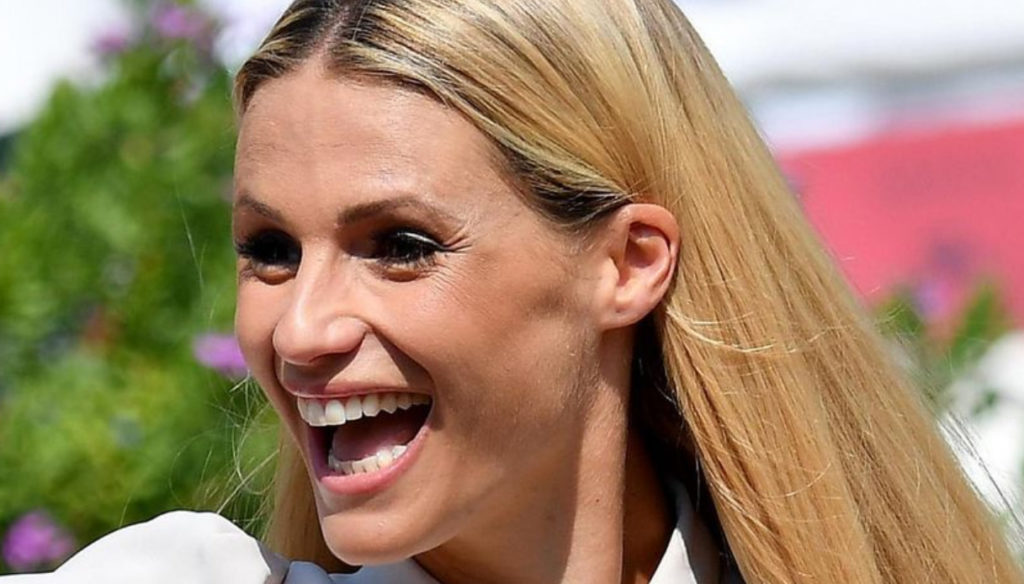 Michelle Hunziker does not lose the desire to smile: the joke on her friend on Instagram is a real fun

Michelle Hunziker tells on Instagram the joke made to her friend Laura Barenghi. The Swiss showgirl is back to work and is recording the new episodes of All Together Now, the music show that achieved great success in the last television season. Sunny and always smiling, the presenter showed a funny moment in the dressing rooms of the show.

In the video, Hunziker's make-up artist Laura Barenghi is drinking water when Michelle comes up behind her and, giggling, throws a grape at her head. “Favorite pastime in the dressing room? But playing jokes on Laura Barenghi, ”commented Michelle. Shortly after, the friend posted some photos in the Stories in which the presenter laughs. “The punishment for your joke – says the make-up artist -. You crushed the grape ".

Some time ago it was Michelle who became the victim of a joke. On Instagram the presenter had published a video in which her husband Tomaso Trussardi frightened her, surprising her from behind. “Look at my husband's gaze and how much he enjoys playing tricks on me! – he wrote – I had to turn off the audio because of the bad word that came from my heart at that moment when Tom plunges his fingers into my side !!!! Difficult life that of wives … you always live on who goes there.

In the meantime, the Swiss showgirl has already announced that the next episodes of All Together Now will be full of news. In fact, not only J Ax will comment on the performances of the competitors this year, but also three exceptional judges: Anna Tatangelo, Francesco Renga and Rita Pavone. All three with a past as a judge, will have the task of discovering new talents and having their say.

“It's a program that the public really likes – explained Hunziker some time ago, speaking about the show -. We will do whatever it takes to ensure that you comply with safety regulations. We will see if we put some panels between the judges of the wall. In any case, J-Ax and I will return in total safety for us and for the others ”. The program should air in the autumn and among the news, in addition to the jury, there will be a fixed cast of competitors.

Barbara Catucci
5368 posts
Previous Post
Eugenia of York is pregnant with her first child: the official announcement
Next Post
Elettra Lamborghini changes her look before the wedding: with short hair she is gorgeous