Morandi and his wife Anna, guests of Al Bano and Lecciso: the photo on Instagram 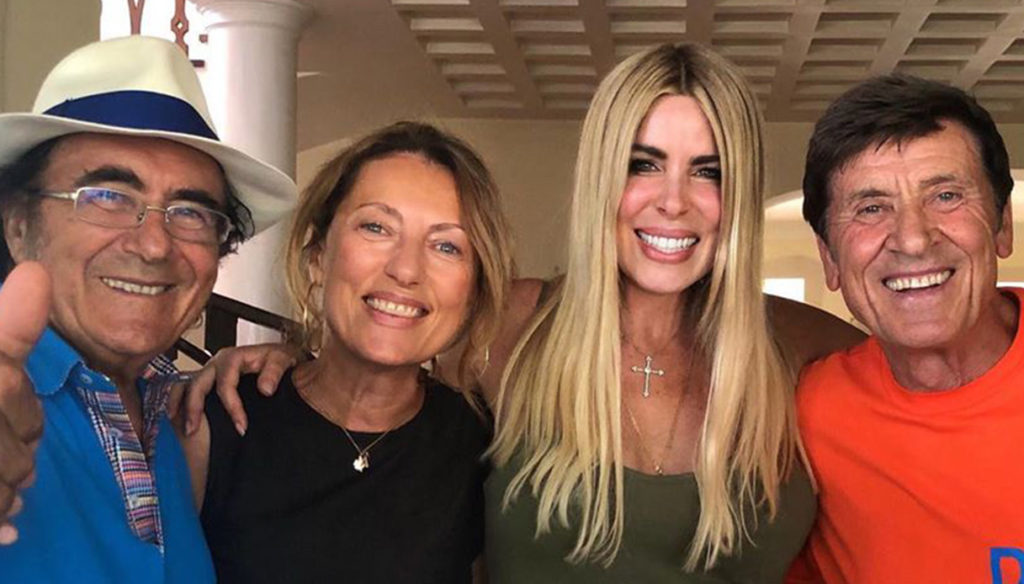 Lecciso posted a photo on Instagram together with Al Bano and Gianni Morandi and Anna, guests of friends

Loredana Lecciso and Gianni Morandi have published on their Instagram profile a photo that has conquered fans, against the background of Tenuta Carrisi.

The singer is spending his holidays together with his wife Anna, discovering the most beautiful destinations in the south of the country: Gianni Morandi – as he usually does on social media – has documented his journey on his Instagram profile.

After visiting the wonderful Matera and having published the usual photos among the Trulli of Alberobello, both the profile of Gianni and that of Lecciso appeared, the same shot that portrays the two couples together: Al Bano with his partner and Morandi with the wife.

The singer under his post wrote "There is no Puglia without Al Bano", sparking the likes and comments of the fans. On Facebook he then explained better to his admirers: “We are in Puglia and we paid a visit to Maestro Al Bano, in his Cellino San Marco estate. He welcomed us, together with Loredana, with the usual great hospitality ".

Also for Lecciso there was no lack of appreciation from the followers: "Stupendi", "What a beautiful picture", "Two wonderful couples", are just some of the comments that appeared under the click published on the social profile of Al Bano's partner.

The two artists are linked by a lasting friendship: arrived in Puglia with his wife, it was a duty for Morandi to go and find his friend in his estates.

For once, the photo was not taken by Anna, who decided to follow her passion and reinvent herself as a photographer. A passion supported by her husband: in fact the hashtag #fotodianna has become over time the one most used by Gianni Morandi.

In the meantime, Al Bano has returned to smile alongside Loredana Lecciso: despite the tensions of the past, the singer has always tried to keep his large extended family together and today he seems to have found serenity next to the mother of his children, Jasmine and Bido .

Carrisi has clarified his will several times: “I have a great love for my first and second bed children, and I don't want there to be discrepancies between the two situations. When I perform with Romina on stage, I feel very comfortable with her. Then for the rest, in the private sphere, now and for quite some time, my life is another. " 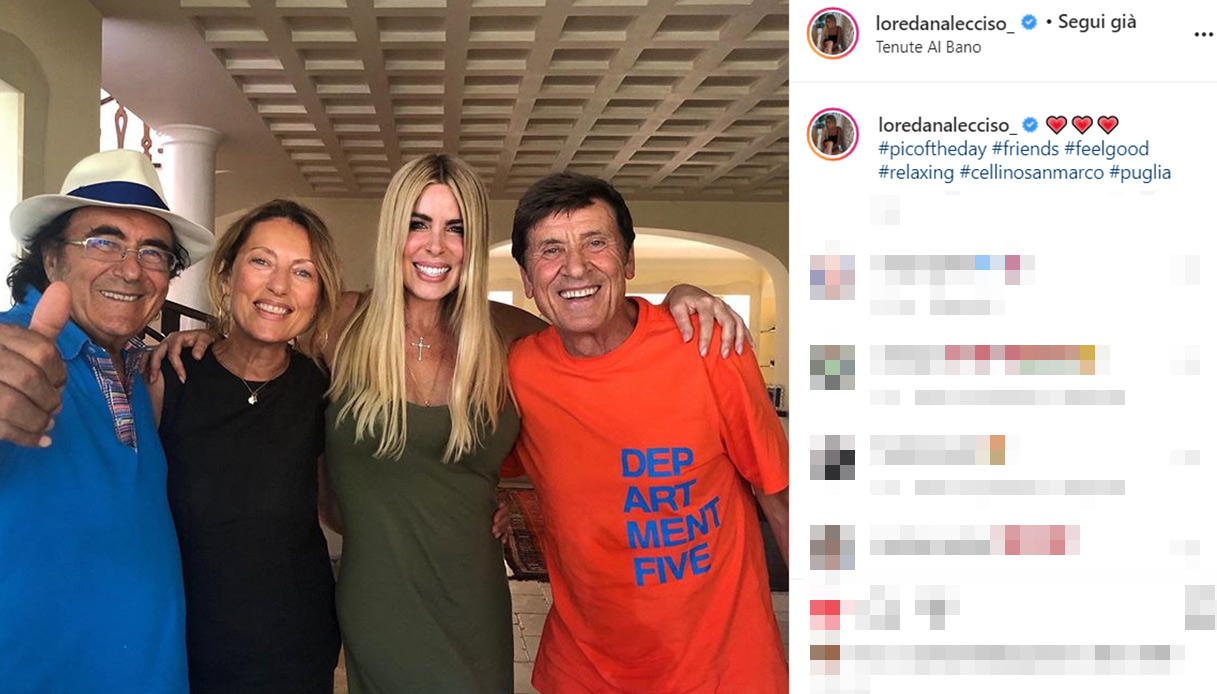 Barbara Catucci
11945 posts
Previous Post
Christian Vieri has eyes only for her: the photo on Instagram with Stella
Next Post
The anti water retention diet for healthy and fit legs