Morgan outside of Amici: "I was lynched, I tell you my truth" 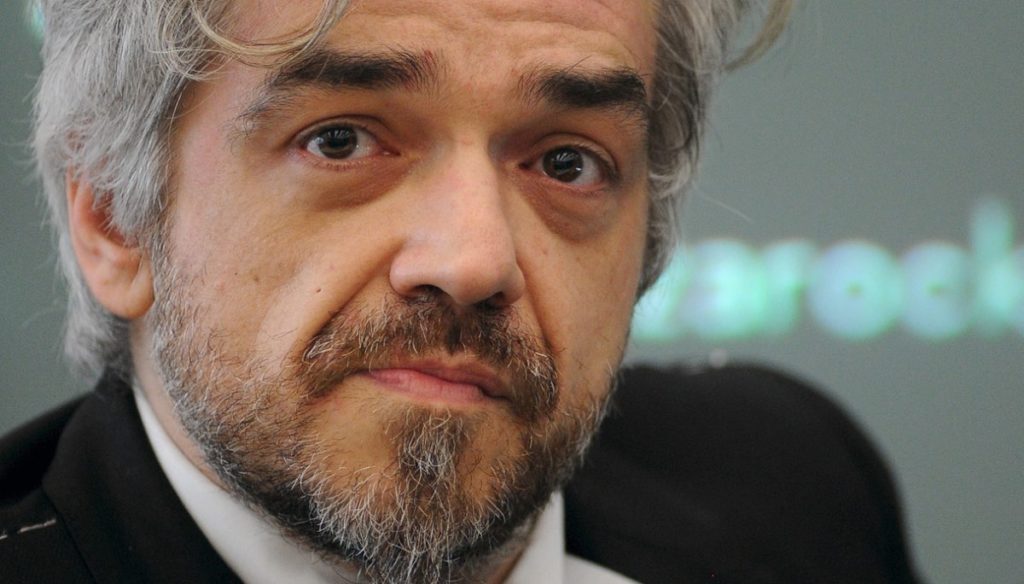 Morgan publishes a post on Facebook, after the news of the release of Friends and the statements of Maria de Filippi. "Lite with the boys? Everything built. I was lynched" 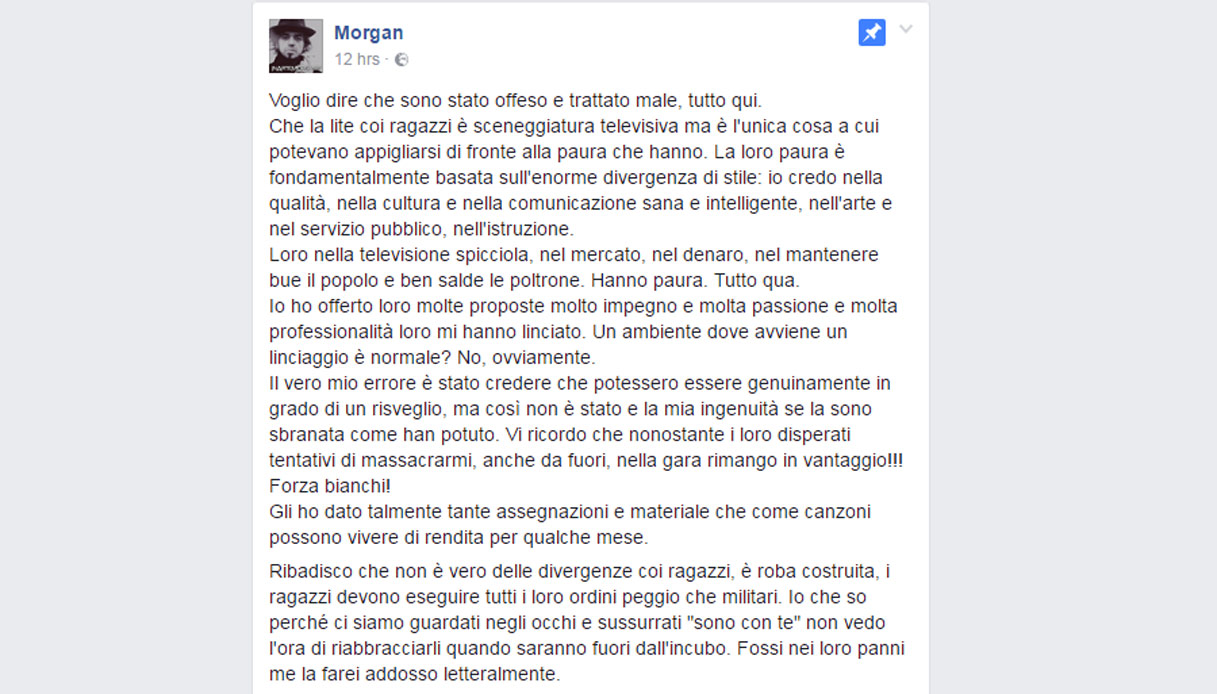 "It is not true of the differences with the boys, it is built stuff, the boys have to execute all their orders worse than military …".

The allegations that wanted him en route with the young participants of Friends, Morgan is not there and replies with a tough post on Facebook.

The singer-songwriter and now a former judge has in fact decided to reply via social media to Maria De Filippi after his farewell to the transmission, sending back to the sender every reproach against him and, indeed, launching accusations of "lynching" against him.

I mean I was offended and treated badly, that's all. That the argument with the boys is a television script but it is the only thing that they could hold in front of the fear they have. Their fear is fundamentally based on the enormous divergence of style: I believe in quality, in culture and in healthy and intelligent communication, in art and in public service, in education. They in the television petty, in the market, in money, in keeping the people ox and the armchairs firmly in place. They are afraid. That's all

I offered them many proposals, a lot of effort and a lot of passion and a lot of professionalism they lynched me. Is an environment where a lynching takes place normal? No, of course. My real mistake was to believe that they could be genuinely capable of a revival, but this was not the case and my naivety tore to pieces as they could. I remind you that despite their desperate attempts to massacre me, even from outside, in the race I remain ahead !!! Come on whites! I gave him so many assignments and material that as songs they can live on income for a few months

I repeat that it is not true of the differences with the boys, it is built stuff, the boys have to execute all their orders worse than military. I know why we looked into each other's eyes and whispered "I'm with you" I can't wait to hug them again when they are out of the nightmare. If I were in their shoes I would literally wear it