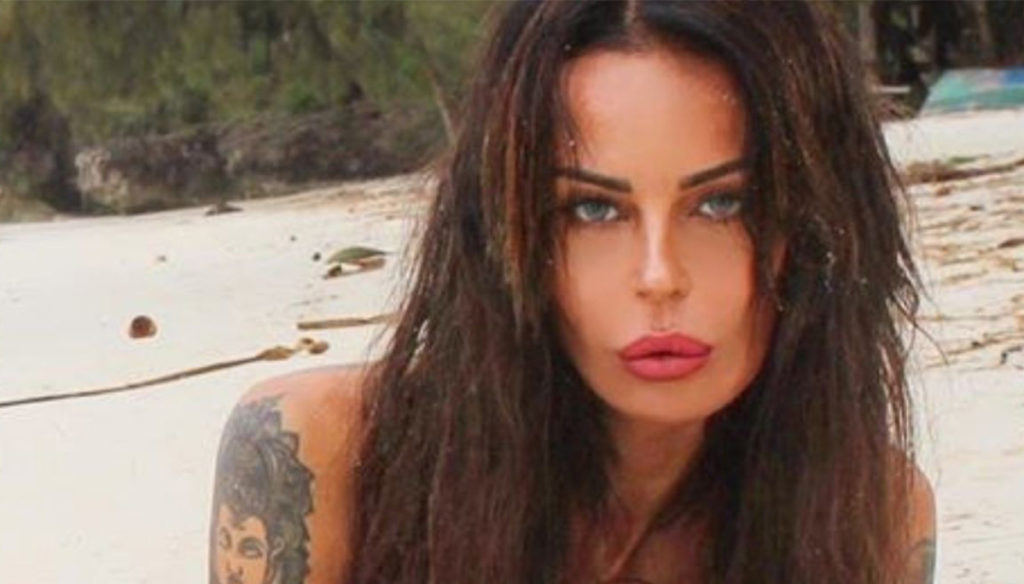 Nina Moric posts on Instagram a shot that portrays her, splendid, during a beach holiday in Zanzibar, and takes revenge on the rival of all time.

The Croatian model looks as fascinating as ever in the last photo that she posts on her social profile and that drives fans crazy. The scenario is dreamlike: fine white sand, blue sky, crystal clear sea, palm trees laden with fruit and, the center of this paradise, she, the woman who made Fabrizio Corona and many others lose their heads for years. Lying on the golden sand, her blue eyes wide open to challenge the photographer's lens, her explosive physique, Moric proves to be second to none in terms of sex appeal.

His many followers and fans know this well and the shot receives many likes and comments, all obviously enthusiastic and grateful to be able to admire so much grace. The Croatian model also posts a poetic caption in which she seems to even compare herself to Eva, the first woman. "The only bad thing about any paradise is that sooner or later someone bites an apple," reflects Nina Moric and the fans understandably go wild. There are those who define it 'perfection', those 'a goddess' and those who simply give it 'beautiful'.

But among the many followers who admire the breathtaking beauty of the Croatian model there is also someone who has undertaken to write something that will please Moric more than any other compliment he has ever received. It takes just a few words to transform a simple post on Instagram into a victory with a sweet taste.

A Moric fan writes to her "You are more beautiful than Belen" and many agree. The comparison, with the woman who took her place in Fabrizio Corona's heart, has always been very difficult for Nina Moric. Argentina was the 'new': young, easy-going, very quick, a charm that enchants anyone who approaches it and the Latin grit. Fabrizio had chosen her, leaving behind the intense and stormy love with the Croatian model who gave him his only son, Carlos.

With this affectionate and admired comment, Moric takes revenge and whoever wrote it can be sure that, among the thousand compliments that have rained to comment on her post, for sure 'you are more beautiful than Belen' is what made more pleasure.