Soap Brows, or the eyebrows with soap: because in 2020 they are worn like this 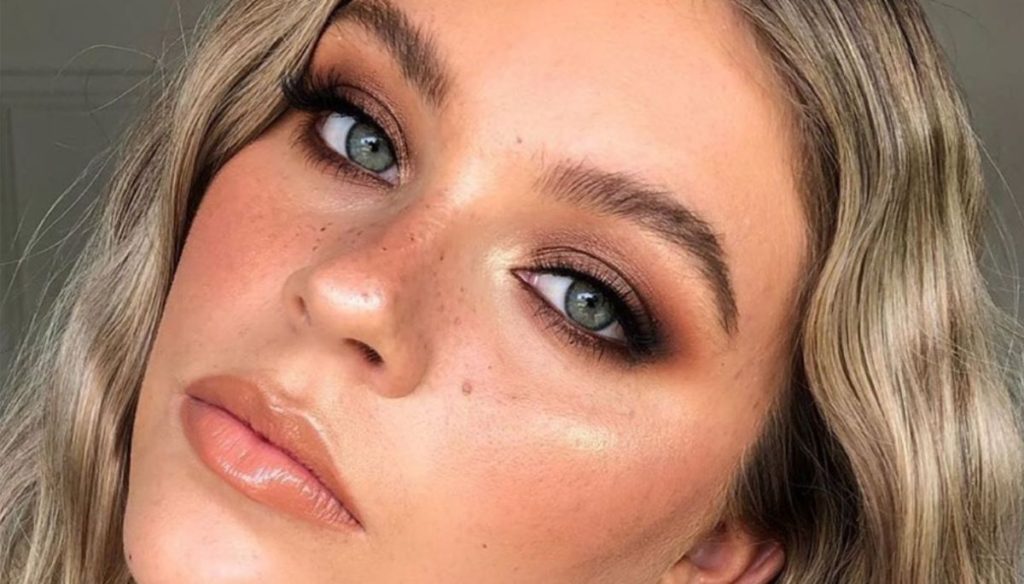 Soap Brows are easy to make, low cost and conquer the web for their eye lifting effect, but how can you make them?

Those who have them thicker, those who shave, those who continue to remove them with tweezers and those who do not know how to regrow them. Those who tattoo them and those who draw them with a pencil, those who love a defined effect and those who instead look natural. The eyebrows are able to change the look, making it sweeter, more decisive, raising the eye for a lifting effect and giving years less. But the latest trend, at least following social media, is the so-called Soap Brows. But what are they and how are they obtained?

Soap Brows, in reality, is the name of a technique to define the eyebrows that, in the world of makeup, has existed for some time and which consists in fixing them with soap, for a long lasting effect. The eyebrows thus appear thicker and tamed and above all, it is a low cost method, because you simply need soap. Important, however, is that it is based on glycerin, because this would be the magic ingredient that would allow you to fix them in their place. Another fundamental characteristic is that the soap is transparent, only in this way, in fact, the product will not be seen on the eyebrows and will not create a white patina. 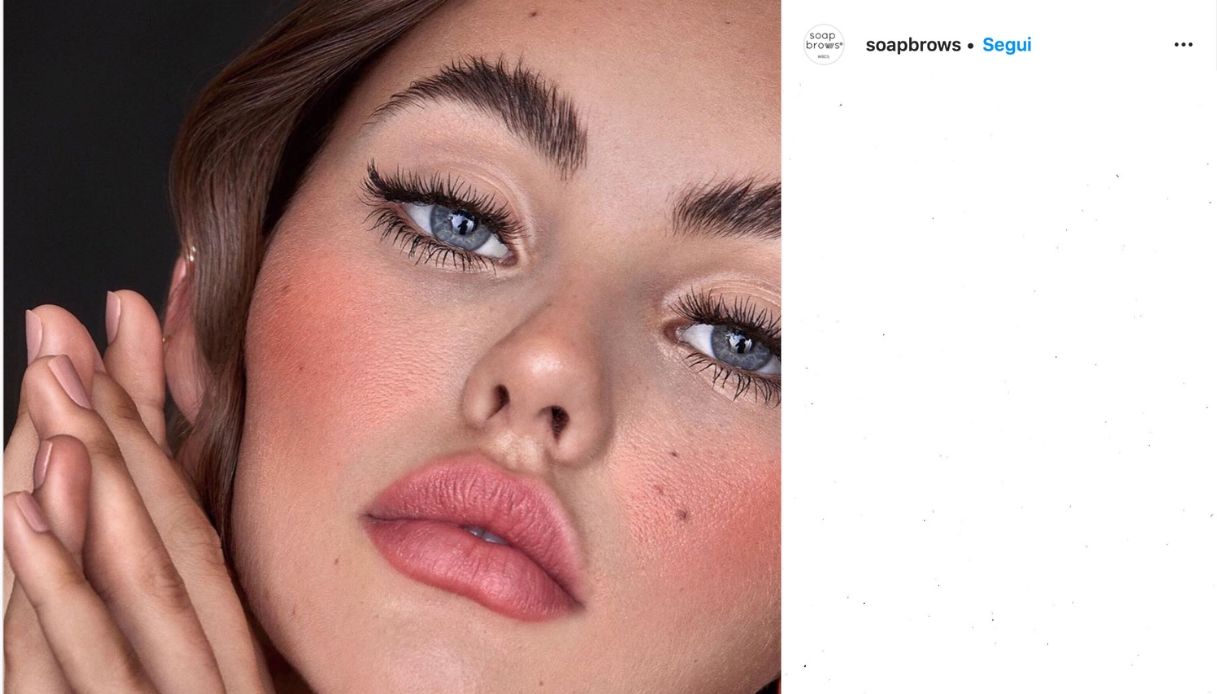 Thanks to models and makeup artists, who prefer this effect of natural and somewhat uncultivated eyebrows, the technique has returned to the limelight to allow everyone to show off full and full eyebrows, not only to those who already have them, but above all to who does not have a lot of hair. In fact, the soap would cover the individual hairs, creating a thicker optical effect.

In reality, this method for making eyebrows was borrowed directly from the backstage of fashion shows precisely because it is cheap but really effective and fast, but above all, because unlike the classic gel for the eyebrows, it resists temperature changes more. In fact, most eyebrow gels are water based and therefore, with heat or sweat, they tend to dissolve and decrease the fixing effect. It is also a much more effective method on those with very thick and hard eyebrows, who don't want to know about being modeled. 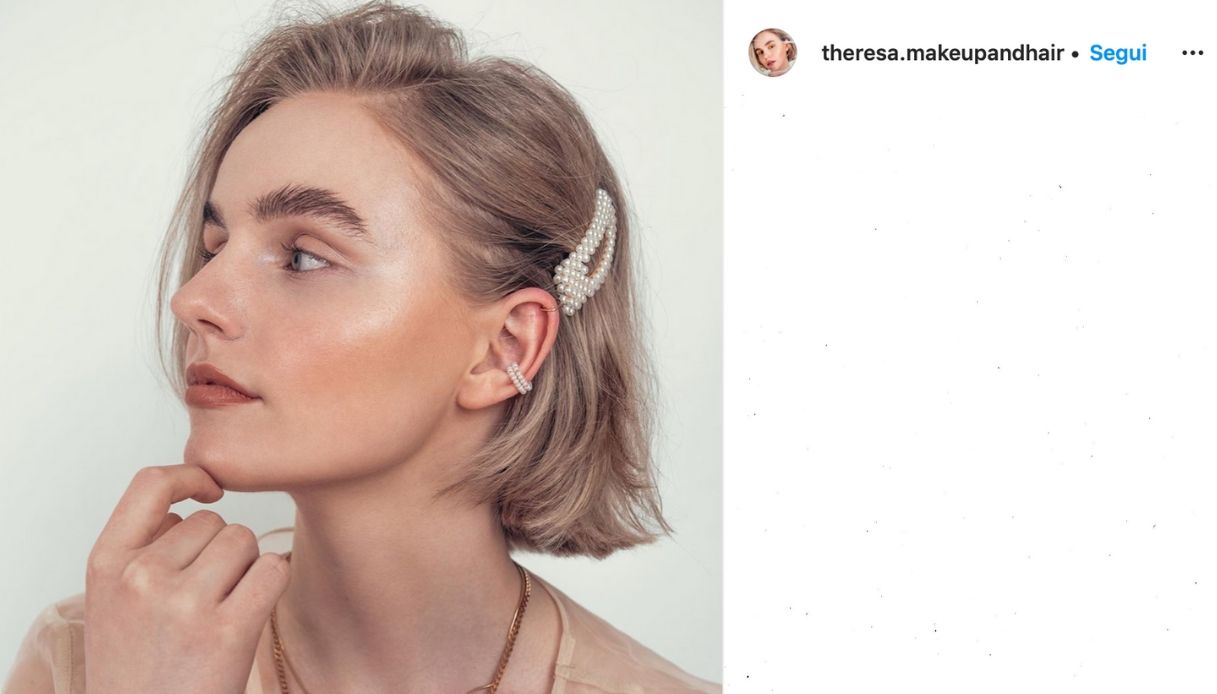 To fix the eyebrows and get your Soap Brows you will simply need a clean eyebrow brush and transparent soap containing glycerin. Lightly moisten the brush, with tap water but better still with thermal water or with a fixing spray for makeup, in order to enhance the effect even more. Pass it repeatedly on the soap, on each side, in order to cover the whole surface, taking care to moisten it more if necessary. In fact, soap should not be too dry or too wet, but with the consistency of a sort of thick cream. Now comb the eyebrows back and forth, to make sure to cover all the hairs, then comb the eyebrows upwards. In doing so, the eye and the gaze will immediately appear more open and those who do not have a lot of hair will notice with pleasure that they will seem more and the thicker eyebrows.

At this point, let them dry and, if necessary, draw some hair with a pencil or a specific product, to fill any holes or create the desired shape. The only problem? Soap does not go very well with face base products, such as concealers and foundations. It is therefore important, after combing and fixing the eyebrows, to clean the skin all around with a cotton swab, so as not to interfere with the makeup that you will apply later. 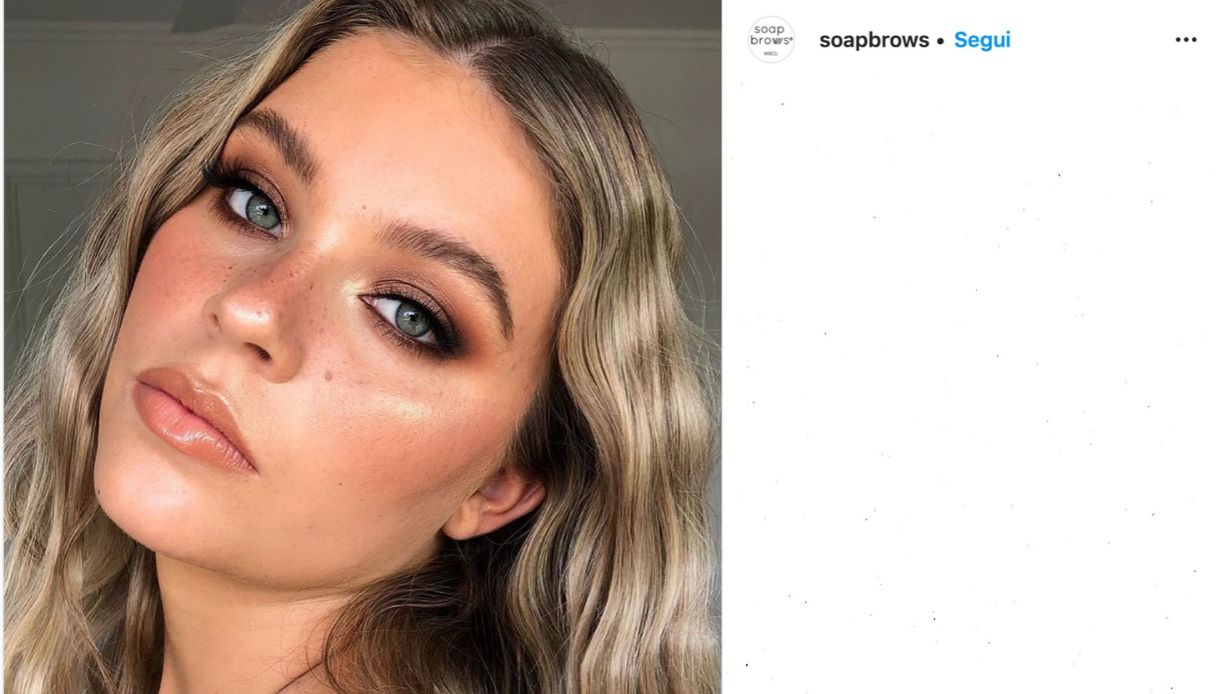