Sonia Bruganelli on TV with her own program, in spite of criticism 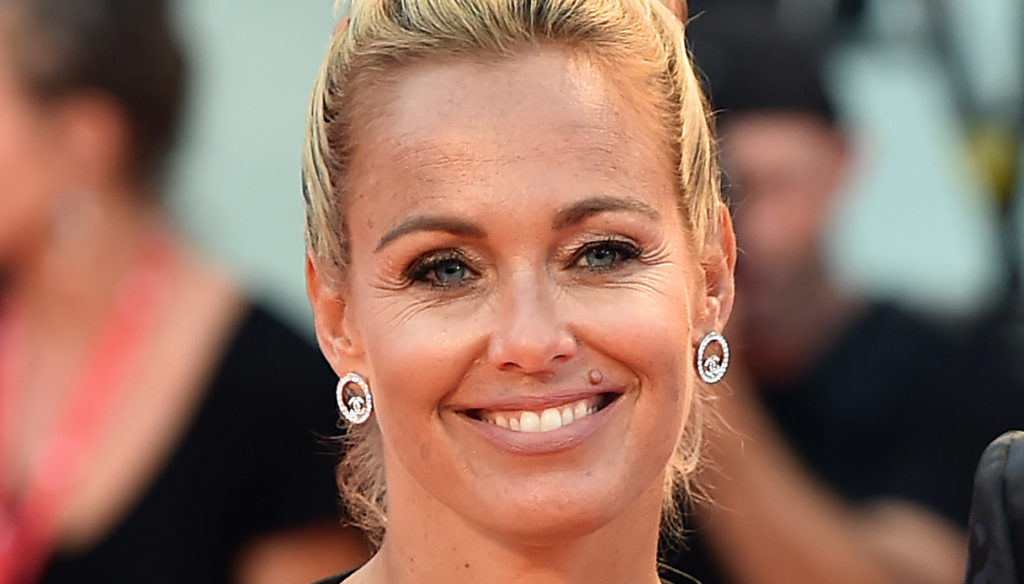 The wife of Paolo Bonolis, a successful entrepreneur, debuts at the helm of the TV program "I libri di Sonia" 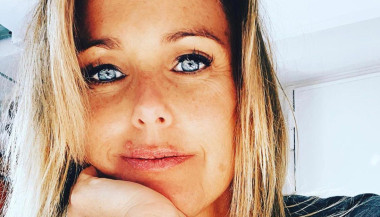 "Very mother, sometimes wife, still daughter, always sister, fluctuating friend and a little, but only a little … entrepreneur!". Thus reads the biography of Sonia Bruganelli on her Instagram profile. Roman, born in 1974, is known to most for being the wife of Paolo Bonolis. Those who hang out on social media also remember it for the controversies of which it is often the protagonist. In everyday life, however, Bruganelli is a successful entrepreneur, at the head of a production company, the SDL2005.

An entrepreneur who has worked for years behind the scenes of various television programs, one above all Next another, hosted by her husband, and who is now preparing to return to video with a format she designed. In I libri di Sonia – this is the title of the program, available from December on Tim Vision – she will meet the authors of the books in the ranking. Among the guests, Luca Bianchini, Luca Bizzarri, Georgette Polizzi, Sandro Veronesi and others.

'I am happy and satisfied', he reveals to Chi, 'A project, linked to my passion for books, is now becoming reality on TV'. So, Bruganelli is back on video. Her career began as a young girl, in the ballet company of Bulli and Pupe, where she met her future husband. The path in front of the cameras stops quite quickly and Sonia goes behind the scenes, where the programs are packaged and the gears that compose them are touched by hand.

After years of seclusion, almost in the shade, it begins to show itself on social media. Her Instagram profile tells a part of her personal and family life, a life like many others, characterized, however, by privileges. And it is here that Bruganelli attracts the envy of followers, who attack her at every turn.

From a private plane to expensive shoes, from high fashion clothes to a comfortable holiday. Sonia tells her everyday life in images and is criticized. It is not clear if the criticisms come because she feels free to publish what she wants or because she is rich. Maybe the second. To the controversies he has often replied that he finds nothing wrong in sharing his standard of living, if the result of hard and honest work.

The fruit of one's work. This is not forgiven, even more so in a dark period in which, alongside those who struggle to get by, there are those who yearn to unload their frustrations on those who have made it. What annoys Sonia Bruganelli's public life even more is her carelessness in sharing her shots. There are many crystallized snapshots on her profile, equally divided between children and work, as well as many women, working mothers.

The obstacle, however, comes with the context. It is not difficult to make it to the end of the month, so it is worthy of being pointed out, even insulted for the comfortable life. Are we mad? Probably yes, but by now we are used to it. What triggers in the mind of those who follow her to the point of feeling the need to insult her for her possessions?

An explanation comes from Paolo Bonolis, in an interview with Second Line, an unlucky program on Rai 2, hosted by Francesca Fagnani and Alessandro Giuli, suspended after just two episodes.

Is wealth considered a fault? It has always been (so, ed). Those who had more were looked upon in a bad way by those who have less. (…) Good luck in life counts a lot, some have fared better than others. Then there are some peculiarities that sometimes, for a market logic, manage to get more and others to get less. There has always been this vision of those who have more as something that was not right. Now everything is very marked because with these blessed social networks it is a continuous spread of thoughts and words of all kinds. Everyone talks, I think nobody listens. The value of things is determined by the effort that goes into obtaining them.

A clear photograph of the hatred that exists on social media and an analysis of what should be kept in mind before judging. Assuming that everyone is free to manage their own life, therefore their own image, as they see fit, you can discuss the opportunity to do so on social media, especially if you are a public figure. The limit, however, lies right here. Free will belongs to everyone, why would a public figure deprive himself of it just to avoid attracting criticism?

Women draw inspiration from other women

Sonia Bruganelli is not only the wife of, who spends and spreads and enjoys showing it on Instagram. She is an entrepreneur, works and creates jobs, consequently earns. Is it a fault? No it is not. And even if she were simply the wife of a TV host, who are the others to decide what to show and how about their intimacy?

The debut with I libri di Sonia could act as an expedient to break down the many, too many prejudices that grip the current times. In particular, it could help the many women who send vitriolic comments to her to draw inspiration from another woman who was able to carve out her place in the sun despite the bulky presence of her husband. And then there is one last aspect, too often underestimated: it is not mandatory to follow a character on social media. There is always the "unfollow" button ready to be clicked.

The best answer, however, is provided by Bruganelli herself: "The ephemeral side of my life will never disappear, I will always continue to show what I consider aesthetically beautiful", confesses to Who, "Whoever attacks me, in reality, has already known in his life was a personal defeat. I am like that, if you like me, follow me, otherwise bye. "

Barbara Catucci
5924 posts
Previous Post
Iva Zanicchi positive for Coronavirus: "But I haven't lost my happiness"
Next Post
Tale and Which Show goes on without Carlo Conti: the judges replace him