The most beautiful Italian National Parks for a holiday in nature 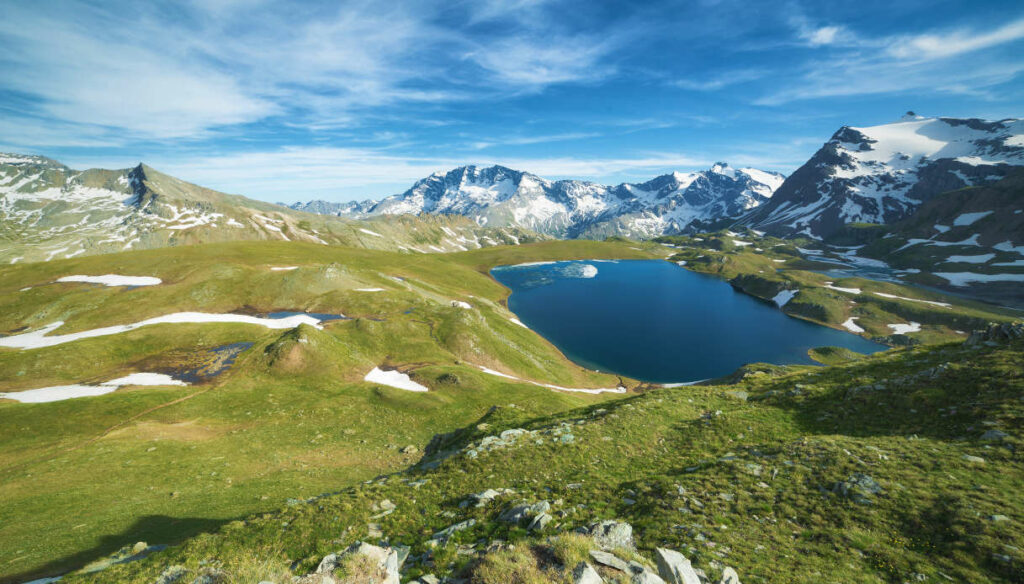 In Italy there are many National Parks that deserve to be visited at least once in a lifetime: discover the most beautiful and leave immediately

Italy offers absolutely breathtaking landscapes such as, for example, those that can be admired in the most beautiful Italian National Parks. Give yourself a weekend, whether as a couple or as a family, to discover the best scenarios of the whole boot: from Trentino Alto Adige to Piedmont, up to Abruzzo and Campania. An Italy with a thousand and irreplaceable resources. Italy, therefore, has an enormous wealth: the National Parks which, today, are a very popular destination for young and old to spend a few hours outdoors in the midst of nature.

This is the good fortune of living in a country that, even today, offers ideal outdoor places and which are uncontaminated. You may be wondering which and how many are the best Italian National Parks and you will soon find out. Continue reading this article and set out to discover the most beautiful national parks that cover a vast amount of territory between land and sea.

The protection of the Italian National Parks

The Italian National Parks, in addition to being places of unparalleled beauty, play a very important role of protection, especially the marine ones. In fact, they protect stretches of coast and meare that have peculiar landscape characteristics and enhance the local realities, enhancing their splendor, as well as preserving their development. The history of the Italian National Parks is relatively young: it dates back to the twentieth century with the foundation of the national park of Abruzzo, Lazio and Molise. This, in fact, was inaugurated in 1922 in Pescasseroli, where the central management still resides today.

In the same period, the Gran Paradiso Park, the Circeo Park and the Stelvio National Park were also inaugurated, undoubtedly among the most famous. In the nineties, there was a strong sensitivity towards the environment and nature that developed and that led the Italian National Parks to have all the attention they deserve. Today, it is possible to count as many as 25 national parks, excluding those still to be established. Together we will discover which are the four best National Parks in Italy that deserve a visit at least once in a lifetime: from North to South, you will discover fairytale scenarios that perfectly combine moments of tranquility with intense sport.

It is certainly the oldest park in the country and was established in 1922; it takes its name from the famous Monte del Gran Paradiso and extends between the Aosta Valley and Piedmont, bordering France and the Vanoise National Park: we are talking about the Gran Paradiso National Park. It develops in a very particular context, considering that it is enclosed by famous valleys, such as Val di Cogne, Val Soana, Valle dell’Orco, Valsavarenche and Val de Rhemes. Its panorama is a succession of wild woods and alpine meadows that in summer turn into vast expanses of splendid flowers and, as you descend in altitude, you begin to notice the presence of suggestive spruce and white firs.

On the contrary, going up and especially in winter, you may encounter snow-covered glaciers and a very particular fauna: foxes, eagles, buzzards, partridges and the ibex, the unmistakable symbol of this Italian National Park with a unique splendor. If you are a lover of nature in all its forms, you certainly do not want to miss blue and clear skies, the scent of pine resin, as well as that of moss and wood. The strong point of this park is undoubtedly the Paradisia Alpine Botanical Garden in Valnontey: located near Cogne, it occupies about 10,000 square meters and boasts completely natural plateaus and terraces that guarantee the development of many alpine and mountain floral species.

This is an area also populated by butterflies, fundamental animals for best preserving the ecosystem. The presence of an area dedicated solely and exclusively to the most used medicinal plants of the Gran Paradiso National Park is also curious. The best time of the year to visit the garden and admire the splendid flowering of the specimens is certainly the one that runs from mid-June to mid-July. What are you waiting for? Set off now to discover this important Italian cultural heritage.

The Stelvio National Park is certainly one of the best known and most appreciated ever. It boasts about 130 thousand hectares and is therefore the largest in the whole country, considering that it extends over a territory of 24 municipalities. It was born in 1935 with the first objective to protect the flora, fauna and all the beauties of the landscape of the Ortles-Cevedale group. It also promotes sustainable development and constitutes an enormous protected area in the heart of the Alps. It lives between the Alps of Lombardy and Trentino Alto Adige and is characterized by many hectares of huts, meadows, paths, farms, trenches, villages and the famous glaciers. of Trentino, where the golden eagle flies high. But also coniferous forests, meadows and rocks make this park truly unique. A wonder in the world. If you are looking for an unspoiled place, where flora and fauna coexist in a perfectly balanced system, this is the Italian national park that you absolutely must visit.

Among the unmissable, as well as among the best Italian National Parks, is the Brenta and Adamello National Park: located in the center of the Rhaetian Alps, it is certainly among the largest in Europe. It covers 510 square km and develops on the left side of Val Camonica, right in the province of Brescia. Adamello and Brenta are the two mountain groups that dominate it together with the 48 lakes that inhabit it, the flagship of this spectacle of nature. This is also a relatively young park that was born only in 1967 and which, to date, offers the unique spectacle of waterfalls that arise from the sources of Vallesinella and that flow into the famous Lake Tovel. In this extraordinary park, you can enjoy unforgettable sunsets in the company of friends and family that eventually fall behind the Dolomites. Let's not forget the fossils of the Val d’Ambiez and the exceptional mushrooms of the Val Daone.

And if you are not an expert walker, do not worry: there are many paths that can be traveled by even the less experienced, both on foot and on horseback, but also by bike. Right here you can immerse yourself in a typically alpine fauna: deer, chamois, otters, marmots, roe deer that populate the wildest and most hidden corners of this extraordinary park. Also, did you know that this park was considered the most suitable for the rehabilitation of the brown bear? A species that, unfortunately, is now doomed to extinction. But here, the bear can find new life. Finally, the presence of chairlifts and cable cars allows you to climb to high altitude and reach ancient refuges where you can taste excellent traditional dishes of the area. In short, an exceptional, almost magical place, which offers the opportunity to live a truly unique experience.

Even the Gran Sasso National Park, one of the most beautiful in Italy, boasts a very important extension that touches three regions and five provinces: Ascoli Piceno, Pescara, Rieti, Teramo and L'Aquila. This park is a real set of ecosystems and incredible scenarios that coexist and make it truly unique. The climate, of course, varies according to the area and this has always influenced the development of the flora. In fact, in some areas, it is possible to meet huge green expanses surrounded by birch and fir trees, black pines and characteristic floral species such as, for example, the well-known Edelweiss of Gran Sasso.

The fauna is very similar to that present in other parks: chamois, ibex, deer, fallow deer and wolves coexist making the park wild and characteristic. Not just trees, flowers and animals; there are many villages that are worth visiting. Among the most famous, in fact, we find the village of Santo Stefano di Sessanio. It is easily reachable on foot and boasts unique beauties, such as ancient abbeys and convents that tell of an ancient and fascinating history. In this extraordinary Italian national park, nature and culture form a perfect combo.

The Circeo National Park is also included in the list of the best Italian National Parks. It is perhaps the oldest of those mentioned above and extends between Terracina and Anzio, in Lazio. This park is undoubtedly the greatest example of biodiversity in Italy: there are many green areas that alternate with open spaces ideal for having a nice picnic in the sun and enjoying a relaxing day. Walking along the paths of this beautiful park, you will discover that the most well-known tenant in the area is the wild boar, which constantly goes in search of fragrant laurel plants. Furthermore, the Circeo National Park is also perfect for those who like to practice rowing and sailing, considering the presence of four lakes: Lake Fogliano, Lake Caprolace, Lake Sabaudia, Lake dei Monaci. And therefore, not only days of rest, but also of intense moments of sport for adults and children.

Giovanna Pirri
5259 posts
Previous Post
Fitboxe: what it is, benefits and training
Next Post
Vitamin C: effects, foods in which to find it and how to take it