The story of Micah, the child allergic to all foods except peaches 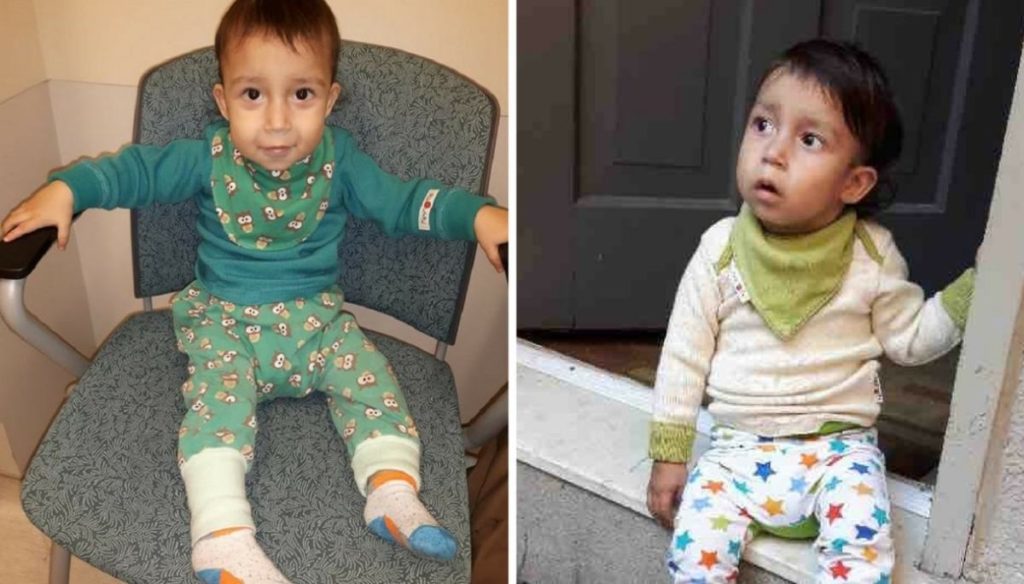 We tell you the story of Micah, the two-year-old boy who is allergic to all foods except peaches

Micah Gabriel Masson Lopez is only 2 years old, but since he was born he fights a terrible battle. This child is in fact suffering from a severe allergy that prevents him from eating any food. To survive, the baby feeds exclusively on peaches. Micah lives in Montreal, Canada, and suffers from the syndrome of enterocolitis.

The terrible diagnosis came when he was only six months old and weaning for his parents was a real nightmare: "The first solid food we gave him was a banana – revealed Micah's mother Caroline -. A drama: he vomited for 4 hours ”. From that moment the family nightmare began. Micah can in fact only eat peaches, which must be strictly organic and fresh. To this fruit is added a mixture of amino acids which guarantees essential nutrients.

The child's clinical picture is quite complicated, especially because Micah is also affected by other diseases: DiGeorge syndrome, which causes facial malformations, immune deficiency, heart disease and 15q13.3 microdeletion, which causes neurological disorders. Allergic enterocolitis has symptoms including abdominal pain, diarrhea, vomiting and reflux. Micah Gabriel has two older brothers and his family struggles with everything that is happening.

"We buy quintals of peaches – the child's mother explained – and we also have to face a lot of expenses for medical treatment: every month my son is visited by 9 different specialists. Now we are using the money for family holidays and for this we are looking for funds, also because I have had to leave work to take care of Micah ”.

Micah's disease is quite rare, so there is no cure so far. The only hope is that the syndrome, with advancing age, will resolve spontaneously. In fact, allergic enterocolitis usually disappears after the patient's four years, but this does not necessarily happen for Micah, as it also suffers from other diseases. The child, who has as many as 27 food allergies, is visited every week by 9 different specialists, and is particularly underweight due to the numerous food shortages. "Despite the difficulties, she is an extraordinary child," her mother said. He did not have an easy start to life, but we hope he will stop suffering ”.