Today is another day, Scarpetta and the background of Carosello Carosone 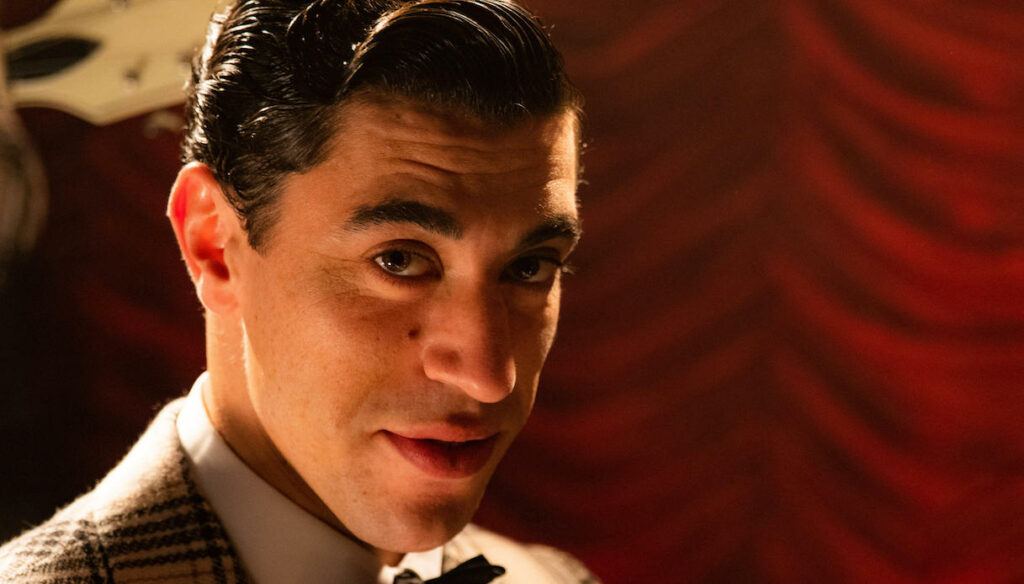 Eduardo Scarpetta, guest of "Today is another day", revealed some background on the fiction broadcast on Rai 1 "Carosello Carosone"

He is a young actor but with a marked path: Eduardo Scarpetta, great-great-grandson of the playwright of the same name, spoke to Serena Bortone's microphones during the last episode of Today is another day, the afternoon show of Rai 1.

The actor will be the protagonist of the fiction Carosello Carosone broadcast on March 18 to celebrate the hundredth anniversary of the artist's birth and twenty years since his death. So, in the living room of Bortone, Eduardo Scarpetta talked about this experience, a few hours after the staging on Rai 1.

“It was an immense joy. I do not hide from you that when I did the audition, seeing the photos of Carosone as a young man with my mom and my friends, I noticed a bit of similarity – he told the presenter -. I was hoping for it: I already imagined myself with gellated hair, elegant suits ”.

Scarpetta confessed that he had been preparing for a long time to play the role of Renato Carosone, studying singing and piano: “I really played the piano in some moments of the fiction, I had never put my hand on an instrument!”.

The life of the Neapolitan artist was full of successes and full of adventures, as Eduardo revealed during the episode: "Carosone lived for 9 years in Africa. When he was just 17 he went to Eritrea to play, but his music was not appreciated there ”.

In Africa he then met Lita – interpreted in the fiction by Ludovica Martino – who already had Pino, a 5-year-old boy who was recognized by Carosone, and the flame of their love never went out, despite the career that carried him around. for the world.

In the years he spent on the African continent, the artist was the protagonist of a curious episode: "He saved his life playing the accordion in the middle of the desert," Scarpetta revealed. On his way to Asmara he was stopped at a roadblock and kidnapped by an indigenous tribe, who thought the accordion was a radio transmitter. So Carosone began to play the instrument and the members of the tribe began to dance: "The tribal chief also asked him for his autograph!", The actor said amidst laughter.

The Neapolitan artist was also innovative in his departure from the scene, greeting his audience when he was at the height of his success: "It was completely surprising – said Scarpetta -. I find it an understandable choice, it had reached the maximum. After that, you could only get off, and he must have said to himself: 'I'll leave before that moment'. He traveled the world in '55, when you had to stay in one place for the whole tour and could hardly care for your loved ones ".

Barbara Catucci
7948 posts
Previous Post
Lenny Kravitz: at almost 57 you are still unique and inimitable
Next Post
What do we know about Peter Pan and Wendy the live-action with Jude Law