Tomato sauce. The queen of summer who protects the intestines and makes you lose weight 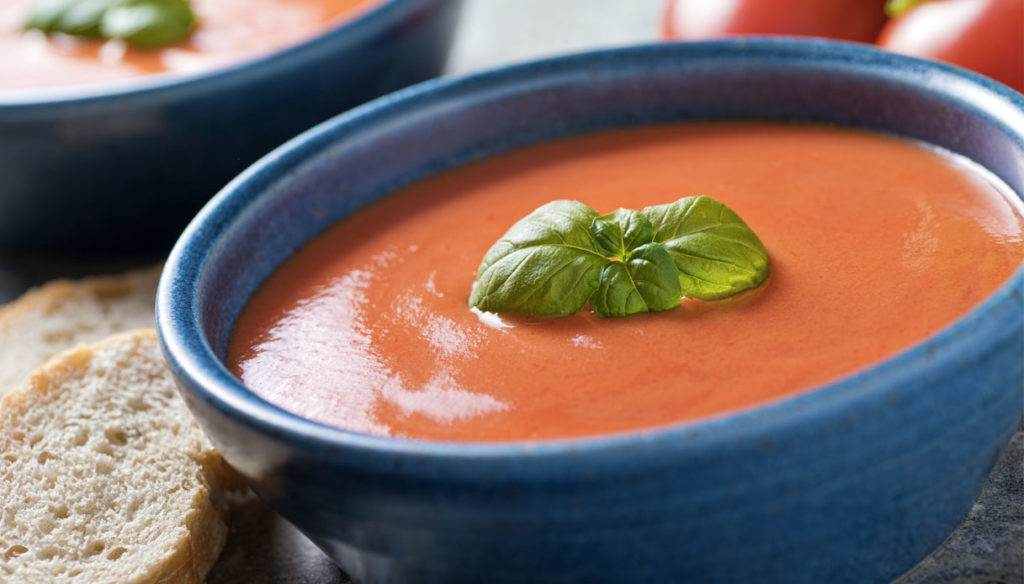 But as long as the tomato is fresh and preferably organic. How to prepare it for the greatest benefits

That tomatoes are good for health thanks to the high concentration of antioxidants such as lycopene, "friend" of the prostate, has long been known. But today there is one more reason to bring this precious seasonal vegetable to the table, especially if cooked. According to research by the Universitat Politècnica de València, published in the Journal of Functional Foods, cooked tomato sauce can in fact be an ally for the health of the intestine. In fact, the probiotic effect of 'good' bacteria, such as Lactobacillus reuteri, increases. In short, it is in all respects a functional food, which, in addition to a high nutritional value, can have a beneficial effect on the body. This effect does not depend only on the amount of bioactive components of the food itself, but on the changes they undergo during the digestive process.

The researchers evaluated the impact of some antioxidants in tomatoes, phenolic compounds and lycopene, on the viability of the probiotic L. reuteri, and vice versa, throughout the digestive process. "We assessed the viability of the probiotic strain along the digestive process individually and the presence of antioxidants from plant sources, as well as the impact on the changes undergone by the antioxidant compounds and the consequent bioaccessibility – says researcher Ana Belén Heredia – so we discovered that serving meals rich in probiotics with fried tomato sauce increases the probiotic effect, in addition to causing a progressive isomerization of the tomato lycopene, which leads to a greater final bioaccessibility of this carotenoid ".

So go ahead with salsa. Because if it is true that the tomato, as well as the carrot, is a vegetable that with heat loses a large part of its nutritional power, it is precisely by exposing it to heat that manages to better release its precious molecules capable of acting on genes (DNA) of all our cells. The raw eaten tomato, in fact, yields about 3-4% of its lycopene. Cotto, sells over 50%!

The effects on slimming

But there is more. Eating a good plate of tomato sauce also means introducing retinoic acid, derived from food carotenoids. Without retinoic acid within our cells there is no healthy gene modulation. Fat, for example, is yellow because it contains carotenoids. Having no retinoic acid inside the cells can mean damaging the gene functions of the cells, exposing the cells to pathologies (even serious ones). It means having difficulty losing weight. Eating foods containing carotenoids is therefore a vital choice, especially if cooked.

How to prepare it?

Fresh tomato and carrots, parsley, onion and celery are the ideal ingredients to obtain a natural concentrate of lycopene, beta carotene, lutein and carotenoids, all minerals used by our cells. But let's remember to choose fresh and not canned tomatoes, because the ready-made sauce purchased on the market does not have the same nutritional properties. According to a study conducted by biologists, microbiologists and doctors of the Institute of Agricultural Biology and Biotechnology of the National Research Council (Ibba-Cnr) and of the University of Pisa, published in the Cambridge University Press 'British Journal of Nutrition', tomatoes furthermore, if biological, together with their micro-fungi, they establish a beneficial permanent radical association. This is comparable from a functional point of view to our intestinal microbiome and tomato fruits are a natural reserve of molecules such as ascorbic acid, vitamin E, flavonoids, phenolic compounds and carotenoids, including lycopene which, in addition to exerting a strong antioxidant activity, it can modulate the hormonal metabolic pathways and the immune system.

Maria Teolis
3219 posts
Previous Post
Charlene of Monaco resumes her favorite sport: the photo is spectacular
Next Post
Silk dress: how to wear the silk dress in style