"Tu si que vales", the breathtaking look of Belen for the final 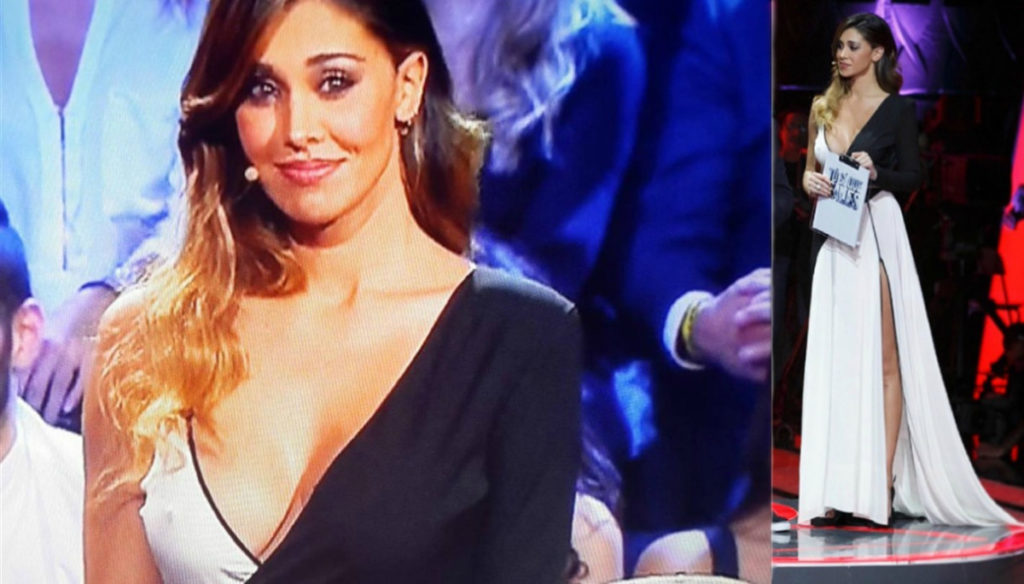 Many appreciations but also many criticisms. "It is prime time and presents a program that even children watch"

Belen Rodriguez was once again the protagonist of "Tu si que vales". While the talents performed on stage to attract attention was the breathtaking look of Belen. Argentina wore a super sexy black and white dress with a deep slit and a neckline that showed off her décolleté. Side note: there was no trace of the bra.

The sensual look of the showgirl for the final of “Tu si que vales“, with Maria De Filippi, Rudy Zerbi, Gerry Scotti and Teo Mammucari, has captured the attention of the public that, once again, has exalted its elegance and beauty . What struck everyone was the fact that from the neckline of Belen Rodriguez's dress, which was decidedly deep, a perfect décolleté could be seen. A detail that was enough to trigger the fantasies of fans (and detractors) on social media.

And while someone has particularly appreciated the look of Rodriguez, writing: "The real talent of this evening are the nipples of Belen Rodriguez", many Internet users have made fun of the showgirl, guilty of not having worn the bra: "What is it? has he perpetually cold? "someone wrote," There are two things: either Belen is cold or she likes Simone Rugiati. "

"With all the money they give, couldn't they put on a bra?" – wrote a viewer, arguing over the Rodriguez too hot look – It's prime time and presents a program that even children watch. A little common sense ". Others have instead launched an original idea: "Do we have a collection to buy her a bra?"

Surely Belen Rodriguez always knows how to attract attention with his looks. During all the episodes of this new edition of "Tu si que vales" the showgirl has managed to get noticed, showing off looks that are more sexy and provocative every time, between necklines and slits. All thanks to his stylist Giuseppe Dicecca, Belen's best friend and his trusted collaborator: “I met Belen the first on the set of Tim, I was the stylist who took care of the press campaign together with the photographer Mario Gomez, she became a testimonial and I met her at fitting the day before the shooting – he said – The first thing I noticed, besides its extraordinary beauty, was undoubtedly his humility and his being simple. And this is what distinguishes it from the others. The propensity for style is innate, so it is absolutely natural for her to have it ”.

Lorenzo Gavazzi
2425 posts
Previous Post
Eyebrow trend: those of the moment are Korean
Next Post
Children: the right age to start playing tennis