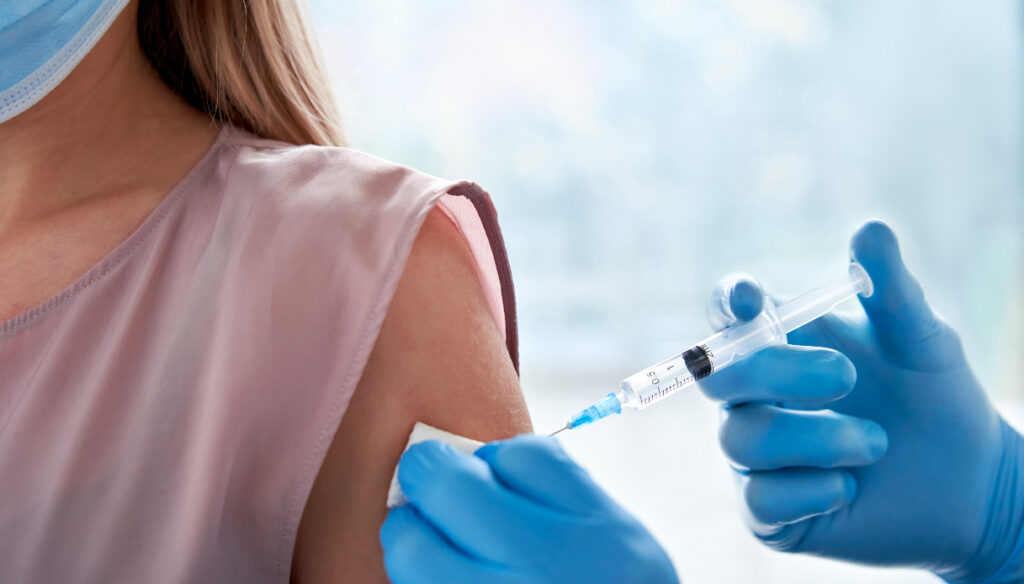 Now that the vaccination campaign is proceeding smoothly, there is already talk of the possibility of having to make a further recall: the answers to all doubts

The vaccination campaign in Italy has now come to life and is proceeding at full speed with the administration threshold which for weeks has now been above 500 thousand per day and 13 million Italians vaccinated. Keeping this course, the Commissioner for the emergency Francesco Figliuolo expects that by September about 54 million people will be covered by the vaccine, equal to 80% of the population. Compared to last December, when the first doses started, some things have changed, not only because the more we go on the more the numbers of infections decrease and we begin to see the light at the end of the tunnel, but also because in the meantime other types of vaccines have been introduced and, above all, variants of Covid-19 have taken over which have brought some confusion and confusion among citizens.

We try to clarify by answering the most common questions with the help of information made available by the Istituto Superiore di Sanità and by the Son himself.

Types of vaccines and how they work

What are the differences between vaccines?

There are four vaccines currently authorized in Italy: Pfizer, Moderna, Astrazeneca and Johnson & Johnson. The first two are called "Rna vaccines", the other two instead "viral vector vaccines". Both Pfizer, Moderna and Astrazeneca have produced vaccines that require the administration of two doses to ensure maximum effectiveness. For Johnson & Johnson, however, one is enough.

How do the various vaccines work?

As stated on the ISS website, "Usually in vaccination the 'weakened' virus (or bacterium), or a part of it, is injected. The immune system recognizes the intruder 'and produces the antibodies it will use when it encounters the' real 'one ". This, in a nutshell, is the mechanism on which the vaccines produced by Astrazeneca and Johnson & Johnson are based.

"In the case of Rna vaccines, on the other hand, instruction is injected to produce a particular protein, called the 'spike' protein, which is what the virus uses to 'attach' to cells. The cell then produces by itself the 'foreign' protein, which once recognized activates the production of antibodies ".

On the basis of what criteria is established which vaccine should be done? Why is it not possible to choose?

The administration of the type of vaccine varies depending on factors such as age and any pathologies. In general, the AstraZeneca vaccine is indicated for all people over the age of 18, although, as of April, the Ministry of Health has decided that it will be administered "preferentially" to people over 60 years of age, since this age range is the one in which the risk of an adverse thrombotic event – already very low – is lower. Patients considered vulnerable are preferred to administer vaccines produced by Pfizer and Moderna, given the presumed greater efficacy of mRNA vaccines.

How soon am I protected once I have been vaccinated?

The Istituto Superiore di Sanità explains that "the effectiveness found by clinical studies refers to a few days after the second dose. The maximum protection is therefore obtained after this period. Although, according to the first data found from the current campaign, even after the first dose it is likely that there is some protection from the virus, this is not immediate after inoculation of the vaccine, but develops progressively after at least 7-14 days from 'injection. The second dose of the vaccine, carried out a few weeks after the first, has the task of reinforcing it and making it more prolonged ”.

How long is the protection given by vaccines?

The duration of protection is not yet defined with certainty because until now the observation period has necessarily been a few months, but, according to what we read on the website of the Italian Medicines Agency, "the knowledge on other types of coronavirus suggests which should be at least 9-12 months ". Phase 3 studies started 8-9 months ago and it shows that vaccinated people are still protected. In the UK and Israel, where vaccinations started in December, the protection given by the first vaccinations is still valid.

Will it be necessary to make a third recall (second for who did Johnson & Johnson)?

At the moment, as mentioned, the belief of most scientists is that immunity has a duration of about 9-12 months and, therefore, it is likely that soon we will begin organizing boosters for the third dose for those who have made the vaccines of Moderna, Astrazeneca or Pfizer and the second dose for those who received that of Johnson & Johnson.

Roberto Speranza, Minister of Health, stated in the broadcast Che tempo che fa that “it will be very likely that we will have to do a third dose of the vaccine, a booster that will probably be modified to cover the variants of the coronavirus. It will therefore be necessary to pass from an extraordinary phase to an ordinary phase and I think that this new ordinariness can be entrusted to our extraordinary network of general practitioners ”. Commissioner Figliuolo also recently declared that it is necessary to “organize ourselves for the recalls”.

What kind of vaccine will the third dose be given?

As explained in the Corriere della Sera, vaccination boosters can be of two types: homologous, that is against the same micro-organism (as with tetanus, which is done every 10 years), or heterologous, as in the case of the flu for which every year the vaccine must be reformulated to fight a different viral strain. The homologous recall is what will be done when the immune response should weaken to the point of exposing itself to re-infection against the same variants circulating today. The heterologous recall is what would be done against new possible variants of SARS-CoV-2 that were no longer effectively neutralized by the current vaccines.

Are current vaccines effective against variants?

AIFA underlines that "This virus undergoes mutations with a certain frequency". However, "the immune response induced by the vaccine protects against most of these variants even if, against some of them, the effectiveness of the protection may be lower". The vaccination campaign must therefore follow the evolution of the variants and adapt to it. The choice of which vaccine to administer for a possible third dose will depend on the regulatory agencies and the data that will be available.

In any case, the Commissioner for the emergency Figliuolo stated that "we have already agreed in principle to some agreements for an adequate number of vaccines for 2022".

Lorenzo Gavazzi
2401 posts
Previous Post
Isola 2021, Ilary the only certainty: what didn't work and what did
Next Post
New dad Harry returns to London and the Queen forgives him and invites him to lunch