Valentina Dallari and the nightmare of anorexia: "One day you will leave" 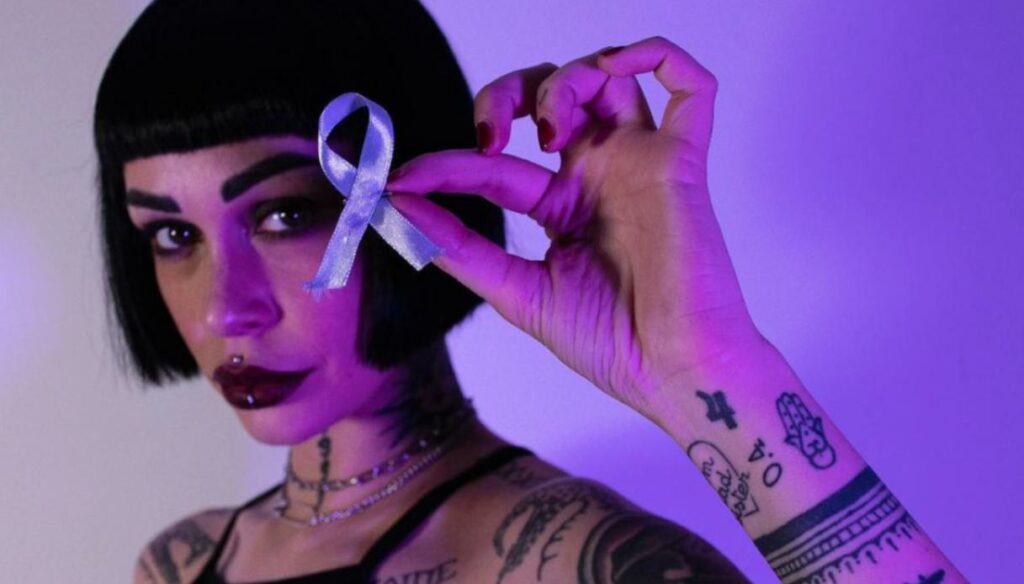 The influencer and former U&D tronist shared photos of his past marked by anorexia on Instagram, launching an important message on the topic

Valentina Dallari shared an important post on Instagram, with some shots that tell of her past marked by the fight against anorexia. March 15 was the National Day for the fight against Eating Disorders (D.C.A.) and Valentina with her message wanted to reiterate what it means to fight against such a monster.

“I like to think that one day you will disappear, that one day you will leave the same way you arrived. Crawling ", this is the beginning of the caption that accompanies the photos chosen by Dallari. The influencer, DJ and former tronista of Men & Women (in 2015) decided to show his many followers some images of his darkest period. After there were 11 months of incessant struggle, with the hospitalization in a clinic specializing in eating disorders that finally allowed her to take back her life in 2019.

Anorexia is a silent and insidious demon, which completely upsets your existence and Valentina knows it well. "You went through the door, slowly, without my noticing", so in the post he addresses the disease directly, calling it "you" as if it were an old acquaintance. “You stuck to my feet, climbing higher and higher. You clung to my skin, you entered me to accompany my every breath and my every heartbeat. You have become part of me ”.

Valentina's words reinforce the value of those few but shocking images that she has decided to show publicly and which, of course, would need no further explanation. The influencer and former tronist of U&D – who wrote a book entitled I never liked myself on his experience with anorexia – confesses a truth that is hard to accept and that only those who experience it can fully understand. That disease eats you from the inside, poisons your blood and takes away your love, extinguishing every glimmer of light and hope and making you fall into a deep darkness.

“Sometimes I feel you are approaching, but I always manage to send you away. One, two, three, a thousand times ". Even after some time, the fight continues but today Valentina faces it with her head held high, aware that she can counter that demon with her great strength. “You are afraid of me when I make friends, when I love, when I laugh and when I start writing. You are afraid of me when I live. You are more afraid of me than I am of you. And today, just today, I wanted to remind you of it ”.

Also of the stories of Instagram Valentina has decided to launch an important message, always about eating disorders. A debated topic and unfortunately still full of prejudices, which simplify a complex matter and about which the influencer hopes there will be more and more information. “I would like to remind you that one does not get sick by choice with Eating Disorders. There is no age, no sex, nothing. They just come, ”he wrote in the stories. "I just want everyone to understand the importance of talking about it and sharing their story. (…) We never stop talking about it, never ”.

Black helmet, his many beloved tattoos and a lilac bow, symbol of the National Day for the fight against Eating Disorders. Valentina Dallari's post is a precious testimony to be treasured. The demonstration that the struggle is hard and exhausting, but it can be won by returning to life. 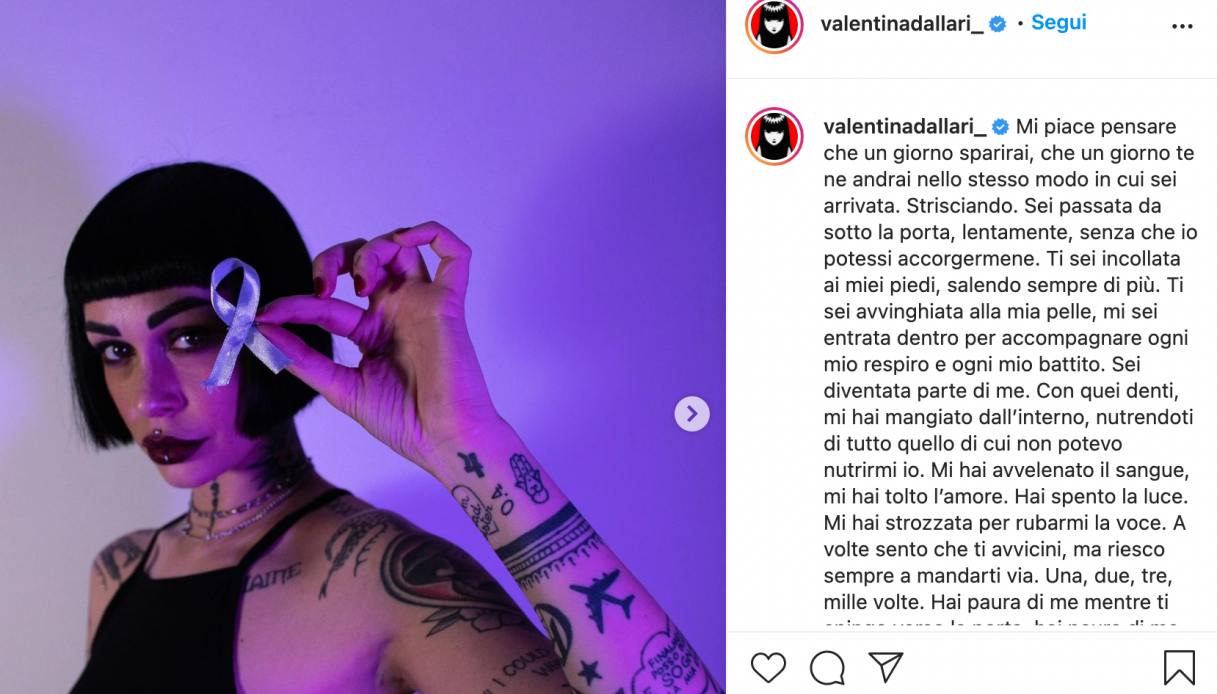 Valentina Dallari on Instagram, photos of her past marked by anorexia and the appeal to followers