Valentina Ferragni, the criticisms after the story: the support of her boyfriend 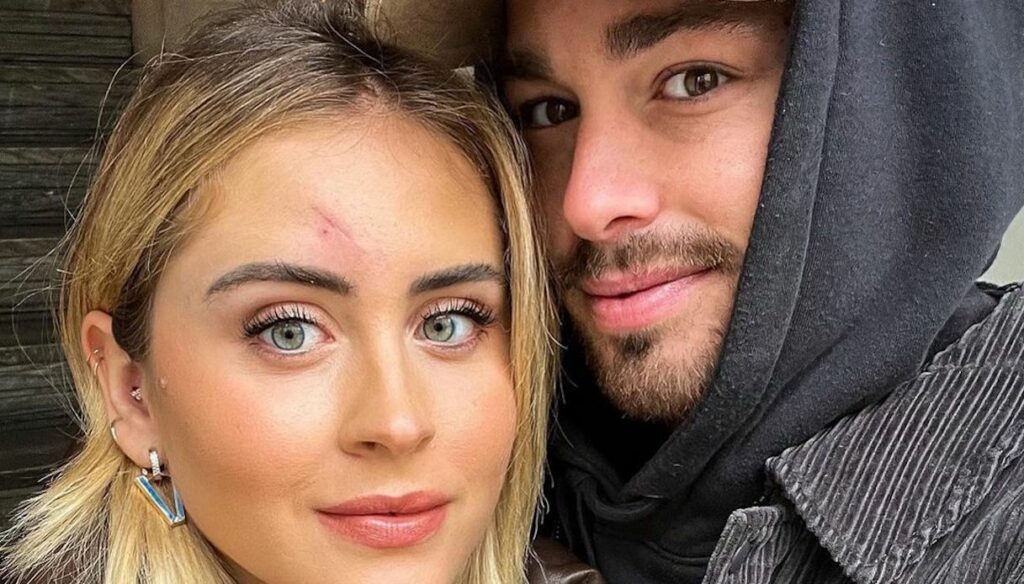 Valentina Ferragni, after sharing the results of her recent operation, was overwhelmed by criticism and her boyfriend decided to support her

Valentina Ferragni has decided to share with her followers the results of her operation, with which she removed what looked like a cyst but which instead turned out to be a malignant skin tumor. The influencer and younger sister of Chiara Ferragni, even in this delicate moment, was overwhelmed by the criticisms of the haters, and so her boyfriend decided to support her on social media.

Valentina Ferragni, the criticisms of the haters after her story

Valentina Ferragni told her followers that she underwent an operation to remove a cyst and investigate its nature. “Unfortunately it was not a cyst, but a basal cell carcinoma, a malignant tumor localized in a specific area, not the most dangerous for health, but for the skin – explained Chiara Ferragni’s sister -. The doctors told me it was the first time they saw this carcinoma on a person my age, 28 ”.

Unfortunately, even in a delicate moment like this, the haters did not spare her and the influencer was seen delivering messages of all kinds, as he told on Instagram. Valentina found herself responding to those who wished her death, to those who accused her of wanting to advertise with the intervention and to those who even hypothesized that she had invented everything.

Ferragni explained that she wanted to show the various visits and the operation certainly not for visibility, but to launch a fundamental message, that of prevention.

Valentina Ferragni, the words of her boyfriend

Luca Vezil, Valentina Ferragni’s boyfriend, wanted to address the issue of negative comments received after the influencer announced that he had removed a skin tumor. Only a few months ago the young man had faced a very similar situation, when, after the removal of a mole that was about to develop into melanoma, he received a lot of criticism. So Luca wanted to dedicate a long post on Instagram to his girlfriend, showing her all his support:

“How many stories for a little problem”, “always wanting to dramatize to make likes”, “but heaven wish it was a tumor”. These are some of the things we have read under your post these days, while we awaited the result of the histology. It could be several things, even basal cell carcinoma, but you are too young for a malignant tumor, so it was thought. And instead it was him, the needle in the haystack, the golden ticket to the chocolate factory, in short, the blow of c ** o extreme.

Vezil wanted to underline how much the girlfriend was scrupulous in keeping under control what seemed a small imperfection and that instead turned out to be something more serious than expected. And how important it is to use social media not to spread hatred but to send important messages:

Who knows how many stupid messages we will read again, how many people too stupid to connect their brains to their fingers before sliding them on the keyboard will feel smart saying certain things, perhaps commenting on a scar as if it were something to be ashamed of. … , said in French. And now it’s even cooler for me … sorry, beautiful.

Barbara Catucci
11963 posts
Previous Post
Franco Nero, 80 years old: how many films he made and the great love for Vanessa Redgrave
Next Post
U&D: the collapse of Ida Platano, who says “enough” to love