Vitiligo: what it is, its triggers and how to treat it 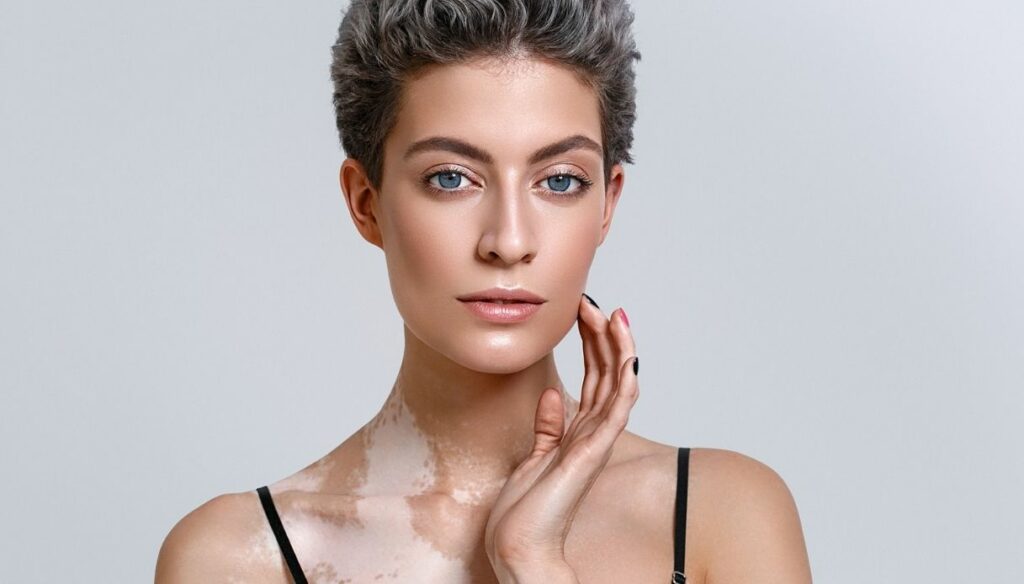 Well circumscribed milky white spots with often irregular outlines may indicate the presence of vitiligo. Here are the causes and possible treatments of this skin pathology

Easily recognizable to the naked eye due to the characteristic presence of roundish white spots with irregular edges, vitiligo is one of the diseases that affects the skin. Worldwide, its incidence rate is approximately 3-4% and it can occur more frequently on some areas of the body including:

Often the appearance of the spots is a consequence of traumas of a different nature such as psycho-affective ones, however even exposure to the sun can play a key role in revealing this pathology.

And it is precisely the presence of spots of varying size that makes vitiligo not only a disease, but also an aesthetic problem. To speak openly in recent years have also been several celebrities who have shown in public the signs of the disease with which they live every day. A different way therefore of dealing with the disease than in the past, since many of these stars have made it their strong point.

On the other hand, it is a disease for which to date there are no specific drugs (even if there are interesting innovations being tested) and the treatments cannot always give the desired results.

To better understand the causes, symptoms and possible treatments of vitiligo, we asked for the consultation of Dr. Andrea Paro Vidolin, Surgeon, Specialist in Dermatology and Venereology.

«Vitiligo is a skin disease that can affect both men and women. It can appear at any age, but in 50% of cases it can occur between 10 and 30 years. It is a disease that can remain silent for years and then develop abruptly. Two forms of vitiligo can be distinguished, the generalized and the localized, which are diagnosed based on parameters such as the extent of the lesions and the mode of distribution. The generalized form is the most frequent and affects multiple skin areas symmetrically and bilaterally. Otherwise, localized vitiligo affects only one area of ​​the body ».

We often wonder if it is sun exposure that triggers vitiligo. In reality it is not the UV rays coming from the sun that trigger this skin disease, rather they can make it noticed more. As? Accentuating the contrast between healthy skin that "colors" and that affected by the disease that maintains the initial color.

Furthermore, to rule out the presence of other autoimmune diseases, it is good for the person with vitiligo to carry out an antibody screening. In the event that the patient complains of visual disturbances, it is also advisable to carry out an eye examination as there is a possible association with eye diseases. Similarly, it is better to investigate any complained hearing disorders, as they could be an alarm bell for hereditary diseases.

«Vitiligo manifests itself through the appearance of evident spots of variable size and irregular outlines. The patches are milky white, evenly distributed. This pathology can affect different areas of the body such as elbows, knees, back of hands, navel, wrist, face. The hair of the affected areas is often white, but sometimes it can be sparse or fall out.

As the expert explains, the vitiligo treatment plan includes various treatments such as:

Furthermore, studies have recently been published on the efficacy of two new phototherapy sources for the treatment of vitiligo: the monochromatic excimer light and the 308 nm excimer laser. Both allow you to irradiate the patches of vitiligo without affecting the adjacent healthy skin.

Treatments of the future

In general, vitiligo is a pathology that can appear at any time in life and can be treated through different therapeutic plans. Of great note are the continuous studies and experiments in progress that could soon lead to treating this skin pathology even more effectively.

Gianluca Zompi
2047 posts
Previous Post
Red zone, where to return and what is forbidden to do
Next Post
Who is Daiana, Silvia Toffanin's sister