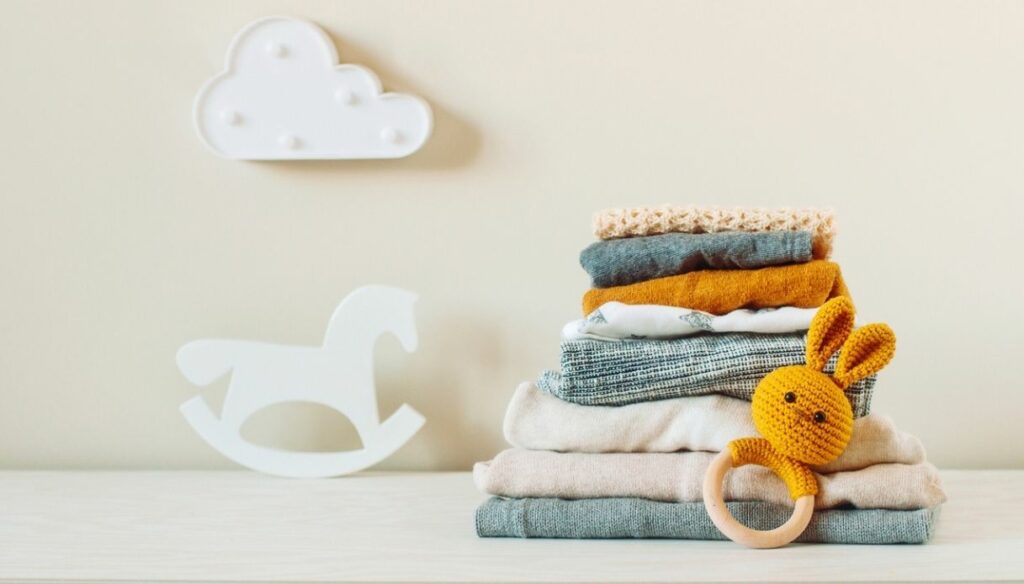 Don't know what to do with your daughter's dress when it no longer fits? Here are the channels to sell children's clothes, when they are no longer used.

The second-hand market, also commonly called second hand, and which is part of the broader green economy, whose purpose is to make more informed choices to respect the environment, is increasingly developed in Italy. Children's clothes, and everything that revolves around childhood, are strongly part of a philosophy inspired by sustainability. Attention to the environment, through a circular economy, also passes through the clothes and toys that children no longer use, growing quickly, and which can find new life in another child's bedroom or closet.

For the sake of us mothers, immolated on compulsive shopping for our children, instead of the old and dear one dedicated only to us, everything we buy for children inevitably has a very short life. And, if there are no little brothers and sisters or little cousins, to whom we can pass shoes and clothes as a witness, our hearts cry a little for all the money spent in the emotional wake of “Oh, how cute it is, I can't not buy it! ".

So what to do with children's clothes when they are no longer used?

Thanks to a thriving second-hand clothing market (and not only), even our children's clothes can become part of a virtuous way of economizing. For those who sell them and for those who buy them, from a green perspective, but also for mutual savings and gains.

The second-hand market in general

Whether in physical stores, online, or through more informal channels, the so-called second hand is a philosophy of life. In Italy it has reached large numbers, many are the realities born around this business, demonstrating how much the issue of environmental sustainability is felt. A way to not let what can still be worn or used die at the bottom of our closet or garage. Obviously, the issue of convenience, in this historical moment, which is difficult for many families, is equally important.

According to the Doxa Second Hand Observatory, "Speed, accessibility, simplicity and convenience are the main reasons behind the choice of consumers for online shopping, together with a more general attention to sustainability, reuse and savings".

As many as 75% of young families are increasingly turning to the second-hand economy market.

According to Doxa data, in 2019 the value generated by the used market was equal to 1.3% of the Italian GDP. "Of those who bought or sold used items in 2019, 58% chose to do so through online, considered the preferred channel.

Italians bought online in 2019, products belonging to the following categories: furniture and household items, books and magazines and IT and clothing and accessories.

The second hand economy is therefore increasingly a sustainable choice (44%), intelligent and current (40%), but also a way to give value to things (37%) ”.

The second-hand market, especially online, certainly sees a new reason for growth in the health crisis we have and are going through. The impoverishment of some categories of workers inevitably gives rise to a new need for savings that will push us, even in the coming years, to make more moderate and conscious purchases. Research has shown that it is an excellent tool to save for as many as 47% of respondents.

Who are the users of the second hand

As we said, it is precisely young families who are most involved in the second-hand market, with an average age between 35 and 44, especially through the online channel. "The main motivation that pushes this segment to focus on the second-hand economy is the need to get rid of objects that are no longer used, followed by the possibility of saving and earning something, especially in view of expanding the family or work changes. 56% of young families believe in reuse and declare themselves against waste ”. 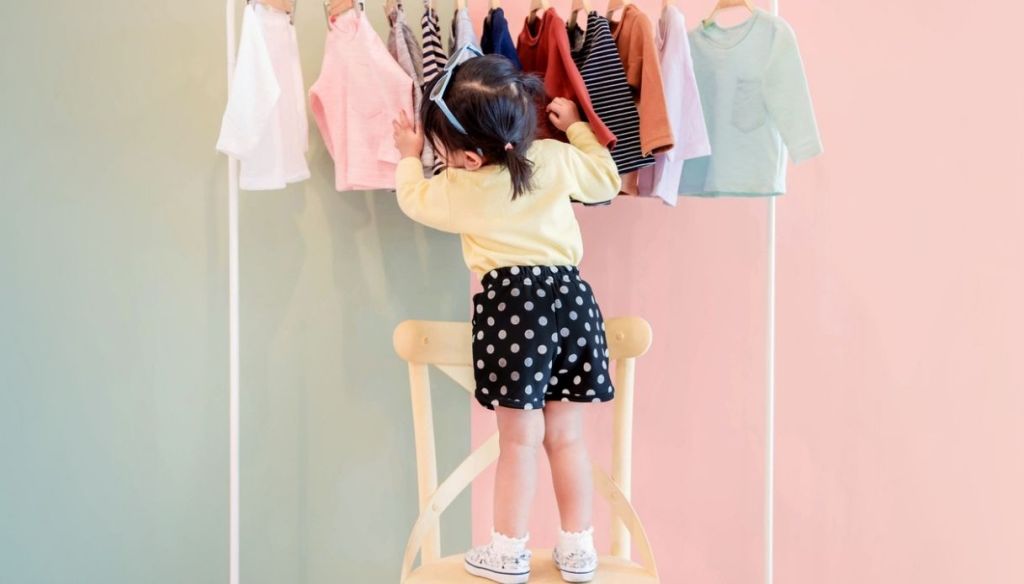 After seeing how, for whom and why the second-hand market is developing more and more, we can shift our attention to the world of early childhood. That world made of rompers, bodysuits, sheets, high chairs and everything that revolves around our little bundles.

When children's clothes no longer suit our children, because their measures are no longer adequate, there are many channels that allow us to get rid of them, earning a little bit in the first place, but also buying more, saving money.

Channels to use for selling children's clothes

The online channels, constantly growing, as we have seen used in a preferential way, are many. Here are the main ones: Subito and Ebay, are the best known and those with the most offers; then there is Vinted, who arrived in Italy recently but is now a world leader; Greenchic, an Italian site that is more attentive to sustainability; Baby Bazar and Secondo Manina, born as physical stores, have also developed online.

Not all operators, however, move in the same way, but try to differentiate themselves also by creating new trading models. Greenchic, for example, goes a step further: it allows you to sell children's clothes on its platform, as long as they meet a series of criteria, able to guarantee quality and good workmanship, by acquiring credits to be used to buy on the same platform. An evolved, sophisticated form of bartering, we could say, to give new life to our children's best clothes, little used or in any case well kept. In some cases, we parents have to bitterly admit it, even never worn.

But also Facebook can be used to give new life to our children's clothes, not only in the specially dedicated section, known as the Marketplace. There are many groups, both public and private, on this social network, born to exchange and give as well as sell children's clothes and all those objects that have a very short life.

In addition to these big names, real second hand giants, it is not uncommon to find small local realities that follow this trend.

The green market is our future, it must be, to ensure a more environmentally friendly life, also capable of changing production processes. Many well-known brands, such as H&M, encourage reuse, even with discount coupons, by bringing back clothes that are no longer used, to then create new garments with the same materials and fabrics.

Until now, we have talked about selling or buying but we must never forget that our children's clothes, when they no longer use them, as well as their toys, can make other families happy or enrich environments that are never sufficiently supplied with them. Finding out about which hospitals or pediatric wards, family homes, associations and destitute people are close to us, to which we can donate, is always a good choice.

One last thought should be dedicated to us women. If, with the arrival of the children, despite our fiercest intentions, it is more likely to return home with yet another new pajama than with an accessory for us, buying us a nice vintage garment can give us a smile in the most complicated mummy moments, pretending to be champions of the environment!