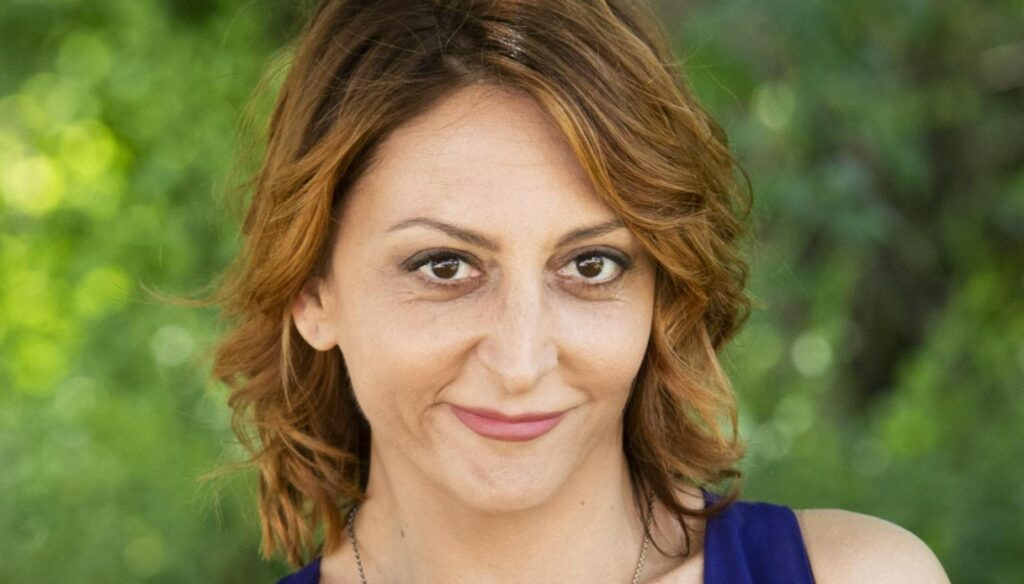 Paola Minaccioni is a Roman actress and comedian, with a great experience in theater and cinema, but also on the small screen

Talent, class and personality. If we had to summarize Paola Minaccioni in three words, these would fit perfectly. One of the most popular actresses in Italy, with a great experience in theater, cinema and TV, where she is one of the well-known faces of fiction.

Born in 1971, Paola Minaccioni was born in Rome. His father, Roberto Minaccioni, was a well-known face in the capital in the seventies, as a masseur for Roma players. Paola, however, took a completely different path and began at a very young age to devote herself to her great vocation: acting.

At first she studied theater, participating in Serena Dandini's laboratory, then she expanded her knowledge and honed her skills at the Experimental Center of Cinematography in Rome. From then on it was a succession of experiences on stage and behind the camera that made her one of the most talented actresses in Italy.

Big brown eyes and a bewitching smile, Paola Minaccioni has also put her art at the service of laughter, performing in various cabaret shows. It is no coincidence that she is known for her hilarious imitations of VIP women such as the influencer Chiara Ferragni and her colleague Sabrina Ferilli, who have become real catchphrases on the radio.

The cinema has given her numerous important awards, including at an international level. In 2012 she was nominated for the Silver Ribbon and the Ciak d'Oro for the film Magnificent Presence by Ferzan Ozpetek, for which she won a Golden Globe for Best Supporting Actress. Then she won the Silver Ribbon in 2014 for the film Fasten your belts, also directed by Ozpetek. Interpretation that also earned her a David di Donatello nomination.

Thanks to the small screen, however, Paola Minaccioni has entered the homes of many Italians, becoming a loyal and highly appreciated face of fiction. Her participation in A Doctor in the Family in the role of Maura Burati, the director of the Poggio Fiorito bank, divorced and with a son named Cosimo, is unforgettable. Then we also saw her in other TV works such as the film A witch's love with Alessia Marcuzzi and the fiction A bullet in the heart directed by Luca Manfredi and alongside Gigi Proietti. Still directed by Manfredi, she starred in the film In arte Nino, dedicated to the life and career of the late Nino Manfredi.

In 2021 he is among the protagonists of The girl who did not want to sing, a 2021 television film directed by Costanza Quatriglio and based on the life of the Italian singer Nada, but now he is preparing to work once again with Ferzan Ozpetek. The director chose her to form the cast of the TV series The ignorant fairies, based on the cult film of the same name and which will be available in the Disney Plus Star catalog (probably in 2022).

As for the actress's private life, very little is known. The beautiful Paola has always been reserved and has never unbalanced herself on her love stories, keeping them away from the spotlight. We know that she is unmarried and has no children, plus she should currently be single.

Barbara Catucci
8415 posts
Previous Post
Very true, Donatella Rettore and Marcella Bella tell how things stand between them
Next Post
Rai summer schedules: what changes, who stays and who goes