Why is Jenny De Nucci famous from One step from heaven 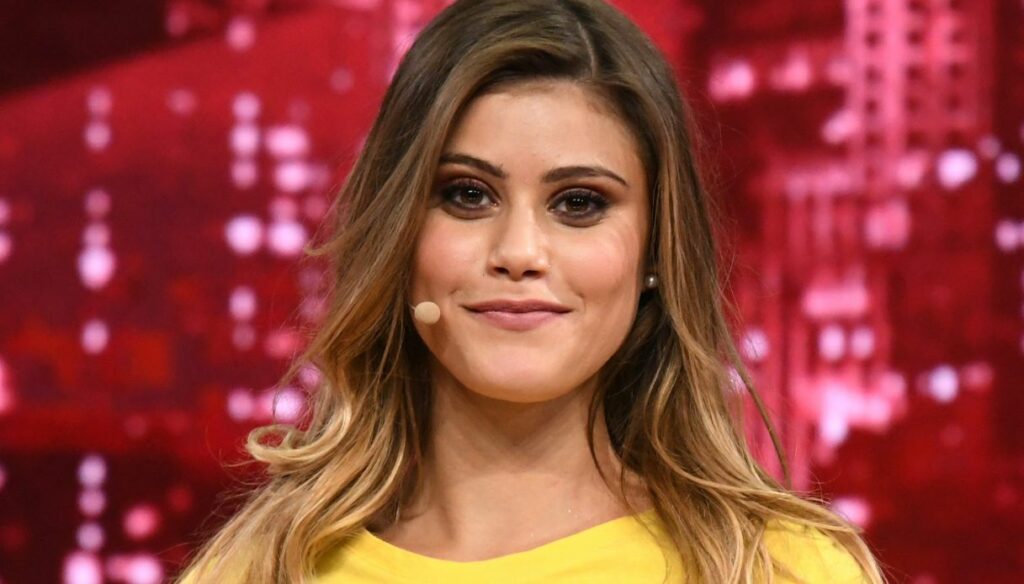 With long blonde hair and a sweet smile, Jenny De Nucci is an established influencer and actress. A young woman with a thousand resources and full of surprises

The splendid Jenny De Nucci has just returned to TV in the fiction A step from heaven, in the role of Isabella. A young and tireless woman, who has been able to win the hearts of many fans as an actress but also as an influencer on Instagram, where she has an account followed by more than a million followers.

Class of 2000, Jenny was born in Garbagnate Milanese and grew up in the province of Monza and Brianza. From a very young age she had a particular passion for the performing arts, so much so that in addition to linguistic high school she also attended the "L’étoile" Dance Studio Center in Varedo and an acting workshop in Rome.

In a recent interview with Vanity Fair, the actress revealed that as a child her dream was to become a dancer, then shelved for the sake of the stage. "My parents have been running a fitness center for several years and until recently I was sure I would become a dancer – said De Nucci -. However, I have had a passion for acting since, as a child, I remembered all the lines from Monsters & Co. by heart and did little shows at home with the sheets. In the first superior I enrolled in the theater, and love broke out ".

Jenny De Nucci appeared very early in the world of entertainment, but not as an actress but as a competitor of a reality show. At the age of 16, in fact, she was chosen in the cast of the first edition of Il Collegio, broadcast on Rai 2. A first experience that was more than positive but, as she always said on Vanity Fair, in addition to teaching her a lot, she also faced with "an overexposure that terrified my parents", who for this reason "still today, always check my profiles".

From that moment on, Jenny De Nucci's career took off. The very young actress continued to study and act in the theater, then moving to the small screen and taking part in very successful fiction such as Don Matteo and, finally, One step from the sky, which has just returned to air on Rai 1 with the sixth season. .

But the beautiful actress and influencer with long blonde hair and a sweet smile is a woman full of resources. Tireless and always ready to test herself, in 2019 she presented the short film Happy Birthday by L. Glovenga at the Venice Film Festival, for which she won the award for best actress at the Calabria International Short Film Festival.

In the same year Jenny De Nucci also published her first work as a writer. This is the novel Girls. We are all queens, aimed at the very young and dedicated to the strength and tenacity of the great women who have made history.

In recent months, the actress has been involved in filming the sixth season of A Step from Heaven, but has not hidden that she would like to try her hand at new artistic endeavors. Still in the interview with Vanity Fair, she admitted that she would like to work with directors of the caliber of Gabriele Muccino and Paolo Genovese, but also with Paola Cortellesi – whom she defined as "a divinity of cinema" -, Elle Fanning and Alessandro Borghi. “After One Step From Heaven, however, I'd also like to go to the Strasberg in New York, a dream I've had since I was little,” added the beautiful actress.

Jenny De Nucci has recently returned single, after a long and intense relationship with actor Riccardo De Rinaldis, met on the set of Don Matteo's last season. She was the one who gave the announcement to fans during an Instagram live last year. Not much is known about his private life, which he always tries to jealously guard.

Barbara Catucci
8505 posts
Previous Post
Arisa, Andrea Di Carlo's dedication on Instagram: "Whoever loves you knows"
Next Post
Federica Pellegrini immense: she is the strongest of all, today and always