Women are more depressed than men 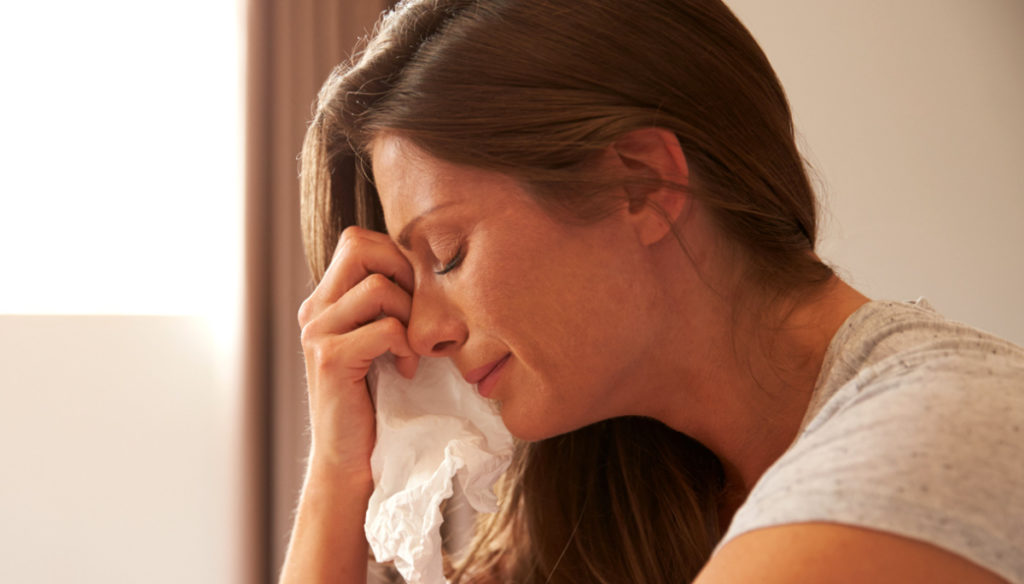 We are increasingly sad, they are always happier. The eternal contrast between man and woman is also expressed in the mood. "The fairer sex sees more and more black while men are more serene," says the survey of the General Society Survey, an organization that has followed the mood of the Americans since the seventies and which has asked every year from 1972 to 1,500 citizens of both sexes and all levels of education and social status measure their happiness on a scale of one to three.

Analyzed by Betsey Stevenson and Justin Wolfers, two sociologists from Wharton, the prestigious school of economics of the University of Pennsylvania, the study on the "happiness gap" found that the general happiness level of women has decreased both compared to what it was 40 years ago that compared to men's happiness. The report on women's malaise was hailed as a manifesto by two of America's most influential and aggressive columnists, Arianna Huffington of the HuffingtonPost blog and Maureen Dowd of the New York Times. Both symbol of highly successful career women, they raised the white flag by dedicating their columns to the results of the study and certifying on the basis of their experience that "it's all true". Claim that provoked an avalanche of comments from readers and readers. Women were in seventh heaven in the early seventies when "they started breaking the cocoon," wrote Dowd, noting that in reality the new challenges offered by equal opportunities ended up offering her generation more opportunities for stress.

And it's not just American women, Huffington said: "Malaise is common to women all over the world" despite four decades spent "ensuring greater opportunities, greater achievements, greater influence and more financial availability." For Huffington, who created an empire by exploiting the potential of the new media, it is an abrupt awakening: the worsening "in our collective state of mind challenges every possible logic". " But it is not just a crisis of feminism: there is also a biological aspect of the happiness gap. According to Marcus Buckhingam, a former Gallup researcher who has published a new book "Find Your Strongest Life", women begin life more satisfied than men but as they grow older they become less and less happy. For men it is different, "the more seasoned the mood improves." A fact that Dowd leads on the one hand to the fact that males age better physically ("in a society dominated by the look, women in their sixties are required to do everything to return to their twenties") on the other to the abundance of choices offered by society to the ex-weaker sex: «The more crowded our lives are, the less attention we can give to every detail. Add the fact that women are hormonally more complicated and vulnerable than men: we are more severe with ourselves, we take everything more to heart ».

And even in Italy things are no better. How do you get out of it? With Instant Therapy. "The fear of influenza A, the economic crisis, precarious work. These are the factors that are leading Italians to live in daily anxiety that
stresses mind and physique »says Paola Vinciguerra, psychologist and psychotherapist, President of Eurodap, European Association for Panic Attack Disorders, commenting on the research by the University of Milan on a sample of 4,190 people according to which 9 out of 10 Italians are stressed. "Recognizing one's own level of stress and the symptoms that derive from it is therefore fundamental to safeguarding our psychophysical health – explains Vinciguerra – To identify and learn to manage anxiety and therefore lower stress levels, Eurodap has put field Instant Theraphy: a short psychotherapy, three free meetings that aim to support through listening, to teach you to manage anxiety and to set positive thinking. An excellent cure is to talk about it, not to keep everything inside, to share your experiences with those who have already gone through it. Where to start? From here for example, talking to the other readers.