Emilio Fede, his wife Diana de Feo died: "It was my life" 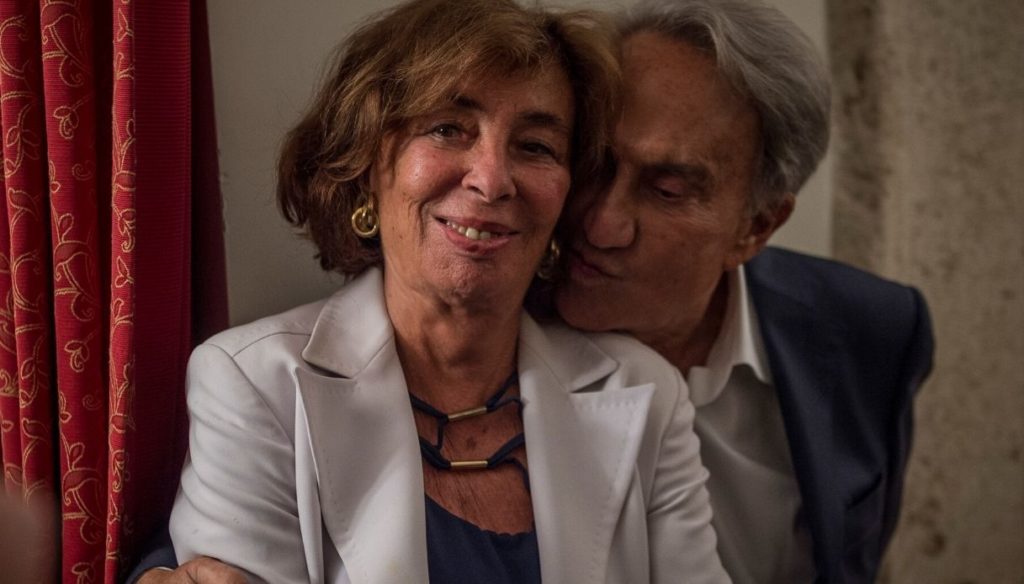 "I didn't expect it to be missing now": Emilio Fede's touching words for his wife Diana de Feo, who passed away at 84

Journalist Diana de Feo, wife of Emilio Fede, was 84 years old died. The former director of TG4 made a touching statement to Italpress: "It was my life. The funeral will be in Naples tomorrow ".

Diana de Feo, former senator of the Republic and journalist, died in her home in Naples. Last September he had undergone a delicate operation and in recent months he was undergoing a rehabilitation program.

Emilio Fede told Corriere della Sera: “He fought to the end with enormous courage. I didn't expect her to be missing now: I was about to join her, from Milan to Naples, to celebrate my ninetieth birthday with her ”.

Emilio Fede and Diana de Feo had been married for 57 years. Two daughters were born from their marriage. The couple also had 5 grandchildren. Born in Turin on March 9, 1937, Diana de Feo began her career as a journalist in 1976 with Rai where she becomes a sort of special correspondent for Tg 1 for art and culture.

In the 2008 political elections at the invitation of Silvio Berlusconi she was nominated for the Senate of the Republic. In 2013 he announced that he did not want to reapply for parliament. Daughter of Italo de Feo, secretary of Togliatti, director and vice president of Rai, she has been in contact with the world of journalism since she was a child.

Just in these days Emilio Fede, who last April was hospitalized, as reported by Corriere della Sera, had declared that he was dedicating a foundation to his wife: "I have destined part of my assets to help the families of the sick who have no than to live. I will dedicate the rest of my life to the memory of Diana ”.