Letizia of Spain, the enveloping tuxedo dress at the gala. And then you get over it with the turquoise sheath dress 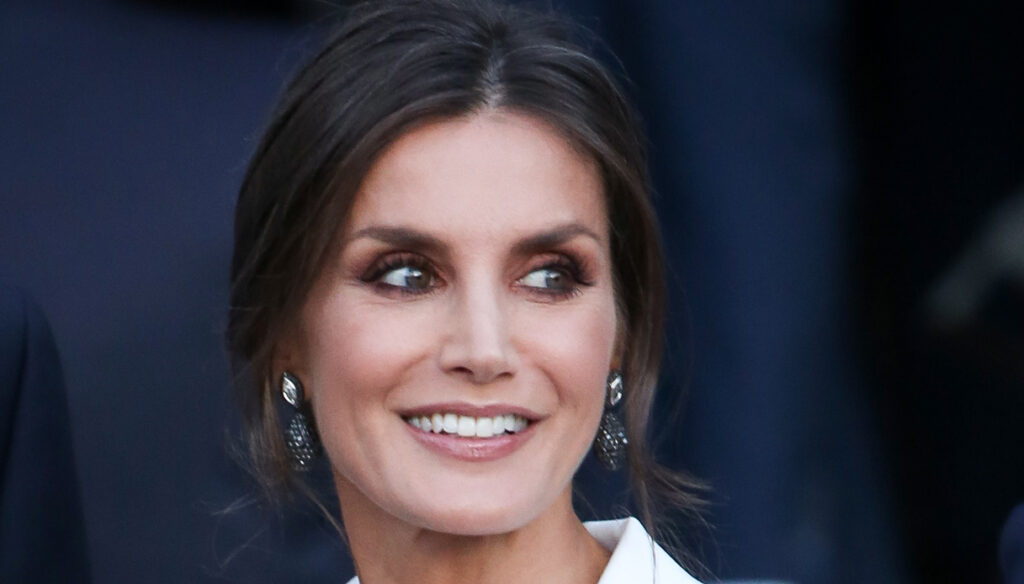 Letizia di Spagna shows off two amazing looks in less than 24 hours and this time she doesn't fall victim to risque accidents: first the oversized white dress and then the slimming effect sheath dress by Hugo Boss 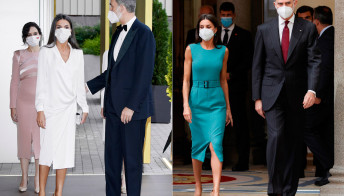 Letizia of Spain, from the maxi tuxedo dress to the turquoise sheath dress

In the evening Letizia of Spain participates with Felipe in the traditional press awards ceremony, Mariano de Cavia, Luca de Tena y Mingote, recovering the white tuxedo dress, signed by Lola Li, from her wardrobe. And the next day he shows up for the delivery of the Gold Medals for Fine Arts at the El Pardo Royal Palace with the recycled turquoise sheath dress by Hugo Boss.

In less than 24 hours Letizia of Spain shows off two must-haves from her wardrobe, after the fuchsia outfit. And it amazes with special accessories, such as the splendid metallic slingbacks. But that's not all, Donna Letizia is not wrong this time and avoids making the same embarrassing mistake two years ago at the gala.

In fact, in 2019 Letizia of Spain enchanted the world by making her debut at the Teatro Real with the white blazer-cut dress fastened on the side, leaving everyone breathless with its extreme elegance. But despite being enchanting, she fell victim to a risque accident, thanks to the soft shapes and light fabric of Lola Li's dress, showing her lingerie.

Mindful of the incident, Donna Letizia made the right changes to avoid other moments of embarrassment and in fact the press awards ceremony went unscathed. As always, the Queen has shown that she has the ability to always make an already seen look original, as in the case of Lola Li's oversized dress that she paired with a new pair of metallic Magrit shoes, coordinating them with a silver crocodile clutch. , signed Varela.

Finally, she embellished the look with diamond earrings and the usual Karen Hallam ring, a gift from her daughters Leonor and Sofia.

The next day Donna Letizia, accompanied by her husband Felipe, is on the safe side and wears the turquoise sheath dress, tested a few years ago during the trip to Argentina and recycled several times. It is a dress, signed Hugo Boss, the Queen's favorite designer, Dadoria model (379 euros), with a belt at the waist, slimming effect, shoulder-length and with a slit on the front. The dress is perfect for her and attracts everyone's attention. Letizia wears it with Prada's nude pumps and coordinates it with Coolook's detachable gold and emerald earrings.

Giovanna Pirri
5501 posts
Previous Post
Måneskin mania: how to wear make-up inspired by their glam rock look
Next Post
Rai, the fictions of the 2021-2022 season with welcome returns and news